Gun sales have boomed during COVID-19 with reports indicating that purchases have tripled in recent months.

The pandemic exacerbating social ills like lost jobs, financial issues and mental health problems has resulted in a spike in theft, armed robbery and home invasions.

Now it’s not easy finding a gun to buy. Would-be gun owners might find something on eBay or via a personal contact but the pickings are slim at gun shops.

And that has to do with why new guns are hard to find as more area residents – often women – have recently felt a heightened need for protection.

“There are not many new guns available,” said Chad Fox, owner of Fox’s Firearms in Scaggsville. “I used to be able to order a gun and get it in three days but now I might have to wait three months. All of the manufacturers are behind, [as] some guns have parts that are made with imported injection molded plastics. Therefore, COVID-19 restrictions have affected the industry.”

He added that the Bureau of Alcohol, Tobacco, Firearms & Explosives reported that “in recent months gun sales have tripled. However, most of these sales, from my observation, are of used guns.”

Before a citizen can buy a gun, training is required.

Jody Maki, CEO/owner of Girl On Fire, an eight-year-old academy based in Northern Virginia that operates in 14 states, observed the dramatic spike in women who sign up for her classes during the past six months.

“My classes used to be approximately 30 percent women. Today, they’re 75 percent,” she said. “[It’s as if the pandemic] was their deciding factor in buying a gun.”

But there are other factors at play.

“Also, due to our country’s tense political situation, we’ve seen many more minorities coming out to my classes, including couples,” Maki said. “People who never imagined that they would be buying a gun have done so.”

How intense is the demand?

“Almost three million more firearms have been sold since March than would have ordinarily been sold during these months (according to the Brookings Institute),” Maki said, “due to the tense political climate.”

And while the Second Amendment – the Right to Bear Arms – “is for everyone, we’ve seen discrimination in the industry when it comes to access to training,” she said. “So, my goal is to see that everyone who wants access [receives] proper training.”

“I make it affordable,” Maki said, with her costs ranging from $149 to $250 for civilian training in classes that normally average 45 students. Locally, she holds classes at the Bass Pro Shop or in the Cambria Hotel, both in Hanover.

She thinks one of the reasons for the uptick in her business is the increase in home invasions.

“We don’t hear much about that topic, but there are about 8,000 per year in the U.S., or one every 13 seconds” with notable increases in Baltimore  – “even in the middle of the day,” she said. “It doesn’t matter where you are anymore.”

Maki said she is frustrated because “I haven’t heard even one politician talk about crime prevention. They’ll address it in the aftermath but there are multiple ways to prevent it, including education and investing in our communities so people have access to employment and don’t turn to crime.”

Today, many people feel like they “don’t have a choice,” she said. “They’re in a cycle of poverty and don’t have options. They feel suppressed.”

The Guntry Club in Owings Mills sells guns and offers training. Brian Wolf, co-owner and chief marketing officer, said the new business has “certainly seen more women utilizing our ranges and the services we provide as well as more diversity in general.”

There have “absolutely been more women in our classes during the last nine months. Women exceed the number of male clients at present and they’re changing what has typically been a white male demographic for every course offering” at the facility, where approximately 2,000 people are trained annually.

Even more growth is “coming from people of color, across the board,” Brown said, though women “are the real growth in the industry. Equal portions of female ethnicity are attending our classes.”

The way to track sales, he said, is via Handgun Qualification License (HQL) course attendance, which is required for anyone interested in purchasing regulated firearms in Maryland.

After satisfying the HQL course, interested parties must then apply for an HQL permit that is issued by the Maryland States Police. Once they are approved and issued an HQL, they are eligible to proceed.

Brown moderately estimates that gun inventory at local Federal Firearm License (FFL) dealerships “is down by about 70 percent due to COVID-19 with the overall temperature of the country resulting in people feeling more insecure.”

As Maki noted, that includes many residents of Howard County, which Brown called “one of the foremost counties where people are working from home since many residents work for corporations or the government” – meaning the potential for home invasions is elevated.

On that note, IOTA teaches a class called Personal Protection In The Home “and we have seen a spike in locals taking our courses.”

To complicate issues, Maki said that many individuals that carry guns are lacking in accuracy.

“The average bullet can travel one mile,” said Maki. “The accuracy rate by law enforcement during a critical incident typically range between 15 percent and 35 percent (according to Donner & Popovich), which is too low. We need to have a higher standard for our agencies, just as we do for civilians who want to carry a gun. People shooters are not aiming at are hit all of the time.”

Others are not trained properly and come to realize that some of what they’re doing isn’t even legal.

“I worry that many of these people who have recently purchased guns don’t know how to handle them They put themselves in a position,” Maki said, “to lose everything they own or end up in jail.”

Maki believes preventing crime is greater awareness, intuition and making less than lethal options (like pepper spray) more readily accessible, “so you’re not vulnerable to the criminal,” she said. “My desire is to train people to not have to use the firearm.” 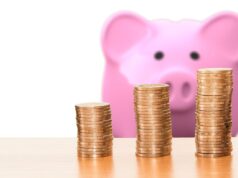 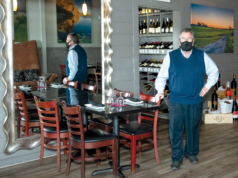 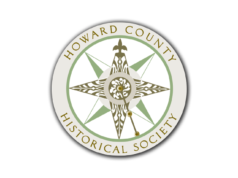