Maryland ranked ninth in the nation in self-response to the U.S. 2020 Census, climbing up from 15th place in 2010, and local census organizers had an important part in this success.

“Self-response is usually the litmus test, and that’s a historic accomplishment,” said Julius Maina, census partnership coordinator for the state of Maryland.

In the mid-Atlantic region, Maryland was second to Virginia, which was sixth in the nation in self-response.

“Both Anne Arundel and Howard counties exceeded their 2010 self-response rates,” said Maina, meaning people went online, over the phone, or through the mail to complete their census – all by themselves!

Maina credited the effective Complete Count Committees for diligent work. “They really took charge,” he said, “with all the players really involved.”

The personal enthusiasm and leadership skills of the Complete Count Committee chairs also bode well for high self-response tallies, said Maina. “They had an attitude that said: ‘I’m going to do this. I love this. I am committed to ensuring my county gets counted.’ ”

And, he added, “There was healthy competition.”

State-level census efforts were funded via state grants which were awarded in 2019. “The majority of counties got money specifically to do census outreach or hire somebody to do the work. That’s the first time Maryland has done that,” said Maina.

In all, $5.2 million in grant funds was given to Complete Count Committees in Maryland.

Why should we care? The U.S. Constitution mandates a census of the population every 10 years. The 2020 Census was to count everyone living in the United States as of April 1, 2020.

In addition to determining the number of seats each state holds in the U.S. House of Representatives, census results inform how hundreds of billions of dollars in federal funds will be allocated for the next 10 years for critical public services and infrastructure like emergency response, fire departments, schools, hospitals, roads and bridges.

“It sounded like county governments understood it benefited them to get counted,” said Maina.

One more reason response was higher during this census was that more people were at home due to COVID-19, he added.

With a thank-you campaign now underway, the U.S. Census Bureau is now, via online or through socially distanced events, thanking local census-takers and answering questions about how the data will impact communities.

Harry Freeman is chair of Anne Arundel County’s Complete Count Committee, which officially began operating in April 2019, though it had its first meeting a month earlier.

The committee divided its outreach efforts into planning and implementation.

First, the committee educated residents on what the census is, what to expect leading up to the start of data collection, and why it’s so important.

Then, the committee worked to ensure residents through marketing over the radio, social media, print, elected officials, and other channels.

After census questionnaires were mailed, and online and telephone options were available, the committee worked to inspire and motivate everyone to take 10 minutes out of their decade to fulfill a constitutional requirement.

“When COVID-19 made its way to Anne Arundel County, we made the necessary shifts to assure members of our Complete Count Committee, our residents, and everyone in between had their health and wellness prioritized,” said Freeman. “Even with our field campaigns ending and having to migrate away from a person-to-person approach, we adapted to these challenges and still were able to surpass self-response participation rates of the 2010 Census.”

Taking the census in Anne Arundel County was unique, said Freeman because the county is diverse, “not just with people, but with land, businesses, and geographic proximity to major metropolitan areas.”

The county, home to the state capital of Annapolis, is also home to a growing minority and immigrant population as well as a significant military presence at Fort Meade and all the agencies located there.

Combined with the waterfront environment and access to the Chesapeake Bay, census data in the county takes on different significance for every resident.

“We understood that census data is used to navigate just about every aspect of life for our county, state, and national residents,” said Freeman. 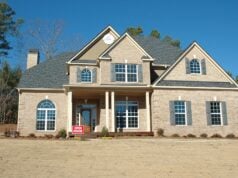