Generally, there have been two trains of thought concerning telecommuting or, as it’s also known, remote work.

Owners of smaller businesses, independent contractors and other denizens of the remote working world speak of its convenience, how it prevents interruptions, slows wear and tear on their cars and keeps them safely out of that cauldron of rush hour.

Other workers prefer the synergies that arise from close proximity to colleagues and office routines.

Today, the “office” for millions of workers is their home study, their dinner table or their couch.

Will this new work configuration last? Will a percentage of the workforce still find working at home more efficient after the pandemic?

And how might more workers staying home affect the commercial real estate market?

John Michel thinks the workforce might be in the midst of a new way of doing business.

The associate professor at Loyola University Maryland’s Sellinger School of Business and Management feels “we’ve relied on the old models for so long that it’s more about tradition at this point.”

Michel, who does most of his writing and research at home and teaches at the college’s campuses in Columbia and Baltimore, said “What we’re seeing is more work being done without the commute, even if the workers have to deal with family, kids and elders at home.”

What’s interesting, he said, is that in the office your bosses or your colleagues want your time for meetings of varying lengths “and that’s not the case at home. People have used the argument that working at home means too many breaks to do laundry or walk the dog. However, you can still spend long periods focusing, often more so, than you can in the office.”

The number of meetings in general is also an issue, Michel said. “Lately, bosses are calling too many Zoom meetings because they think they’re supposed to, but one or two a day is plenty and gives workers time to work.”

Workers said, in a recent Gensler U.S. Workplace Survey, that it’s “easier to make collaborative decisions in a live group.”

Michel concluded, “So, about 2.5 days a week teams should be face-to-face to problem solve but everything else can be done outside the office. I think that’s a good model.”

He said that if some bosses are afraid that employees or contractors won’t work hard at home, “They hired the wrong people. I think the good news is that all of the naysayers are seeing that as much, or more, work gets done at home.”

How this shift bodes for the commercial office market may not be as significant as one might imagine.

“Companies lease space that they don’t need, though there still are some jobs that need to be done at the office,” Michel said, stressing that younger people want to collaborate around mentors and that mentally it’s not healthy for workers to be home so much.”

What’s needed, he said, is space where workers can meet to collaborate, but companies also need to understand that “few people need their own office. They can save money on leasing and use what’s left on helping workers set up at home.”

Companies need to learn how to best use their office space.

“If I ran a commercial real estate firm,” Michel said, “I’d create big, collaborative rooms with walls people can write on and lease the office like a time share, instead of expanding a cubicle farm. That would boost creativity.”

Allan Riorda, president/principal with the Columbia office of Lee & Associates, said that physical distancing will be a challenge.

“Nationally, within Lee, some of the bigger concerns about working in an office in markets like New York City. For instance, how are you going to get people into elevators and skyscrapers? Four people in an elevator is nowhere near six feet.”

Riorda thinks there will be some changes with companies “that mainly have sales forces working from the office. But most people will still work 8 to 6 and many firms will need to decide who to base in the office,” he said, “to boost collaboration.”

He thinks the amount of footage leased may not vary much from what was leased pre-COVID-19.

“Some companies will take more space for distancing reasons,” he said, “and you will probably see the return of 10-foot by 8-foot offices that require a bigger footprint, as opposed to the clusters and cubicles  or ‘office hoteling.’ That’s not an option at the moment.”

But all told, said Riorda, there will be some interesting changes. “If a vaccine comes along, all bets are off. At that point, would people prepare for the next pandemic? And when will that occur, if at all, during our lifetimes?”

If the leasing company is a commercial real estate entity, Riorda said, “Companies in our industry don’t necessarily need an office setup, but we do need the collaboration. We’re in and out so much during the day that we would never go above the second floor.”

As for the market, he thinks in the coming months will see “a blip” in upward vacancy.

“Many companies are extending leases, but just for several months,” he said. “It’s a wait-and-see game. I think national companies will have new rules, but for local companies, who knows?”

Other brokers maintain that it might not be time for a remote revolution.

“There are people who find teleworking efficient,” he said, “but perhaps not as effective” as working in an office.

“Efficacy matters,” said Rouse. “Let’s take a reading on work-from-home successes after nine months, not four. This isn’t just about the boss happening to like it, but the rank-and-file. I don’t think the results across the board will be similar.”

Rouse recalled participating in a “robust discussion” about teleworking that included a participant who is loving working at home. “He doesn’t have dogs, kids or a spouse that has to work at home, too,” he said. “People who live alone or with someone who’s in and out of the house would enjoy it more. It just depends on your situation.”

On MacKenzie’s client front, some clients are buying time making decisions, Rouse said, before committing to a certain space requirement or a lease extension.

“When their leases are up in a year, we’ll see what they want to do,” he said. “We are naturally social beings and want to be around other people.” 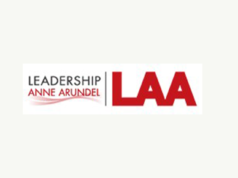 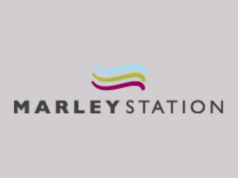