A long-range concept plan to establish a 10- to 12-foot-wide shared use trail running from Baltimore’s Inner Harbor to Sykesville in Carroll County could bring a public health benefit to communities along the network and increase trail business and tourism revenue.

The plan uses the existing trail system of the Patapsco Valley State Park (PVSP) as a hub to connect existing trail sections spread out through the various jurisdictions it would pass through.

Proponents say it would enable more extensive pathway access to the BWI employment corridor and to the airport itself and provide a meaningful alternative transportation option to other employment centers for people unable to safely commute by bike on dangerous roads.

In 2016, the Bicycle and Pedestrian Advisory Group of the Baltimore Regional Transportation Board (BRTB) raised the idea of the PRG to help reduce traffic congestion and contribute to environmental preservation.

According to Sheila Mahoney, senior transportation planner for the Baltimore Metropolitan Council (BMC), the PRG Concept Plan was approved by the BRTB in November 2017.

“The primary alignment was selected from existing trails which would be accessible to the greatest number of people in Anne Arundel County, Baltimore City, Baltimore County, Carroll County and Howard County,” she said.

A two-mile segment between Elkridge and the Guinness Open Gate Brewery is currently in the preliminary design phase.

Total design cost for these sections is an estimated $893,000, with a construction cost of approximately $1.53 million. “A large portion of that is for a bridge crossing the Patapsco River,” Mahoney said.

A 2015 study performed by Michael Bickle, a University of Maryland graduate student, compared the proposed Patapsco Regional Greenway to the Great Allegheny Passage (GAP) Trail connecting Cumberland to Pittsburgh as similar in scale.

“[That is a] mean percentage of 25.5 percent of revenue attributed to the trail,” Bickle said in the report, based on total business revenue of $213 million along the GAP Trail projected by the ESRI for 2014.

It’s difficult to say how soon the entire network could be connected due to the piecemeal approach being taken with projects in each of the jurisdictions.

“We are committed to supporting our partners through preliminary design management of the segments the select to advance,” Mahoney said. “Additionally, some sections such as the Old Main Line Trail in Patapsco Valley State Park are available for use now, even with unpaved surfaces.”

Overall, she said, the concept plan has received wide community support. “For the Elkridge to Guinness segment, we invited community members representing different advocacy groups and interests to serve on a public advisory committee,” Mahoney said. “They represent the business community, Patapsco Valley State Park and heritage area and recreational interests and we plan to do the same for the next segments as they enter design to ensure the Greenway supports the needs of the diverse communities it connects.”

“The main section for Howard County is the connection from the existing Grist Mill Trail to Elkridge and Guinness, which is mostly a Baltimore County effort” he said. “Similarly, a connection from Elkridge to the BWI Trail would mostly lie in Anne Arundel County. All of these connections are desirable, but with budget constraints, they will need to be prioritized and built out over time.”

A completed PRG Trail would be a huge draw for the region in terms of trail tourism and local economic development, he noted, particularly for Elkridge and Ellicott City.

“From a transportation standpoint, the connection from Howard County to the BWI Business District would be very valuable,” Eatough said. “There are a lot of jobs in the BWI District in addition to those at the airport, and this is only about five miles from Elkridge.” 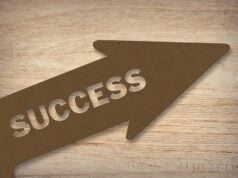