Home Archived Articles The BWI Aerotropolis: Is Now Its Time?

Mitch Weber was, as he likes to say, “juiced” when he and partner Sam Heffner initially proposed building a mixed-use airport city, or what’s known in economic development circles as an Aerotropolis, around the economic development engine that is BWI Thurgood Marshall Airport.

While the project was delayed for several years as a result of the economic turndown, Heffner & Weber’s vision has broadened as enthusiasm for the economic growth the project would bring to the Anne Arundel County and Maryland has grown.

Those who know Weber, president of the Linthicum-based firm, might tell you that his passion for the project is an integral part of his persona — especially since the $1.5 billion Aerotropolis is finally underway, with the opening of Trammell Crow’s 310-unit Alexan at Concorde luxury apartment complex. It’s located off of West Nursery Road, behind the Hoyt’s Cinemas, and will open in June; in addition, construction on an additional 400 resort-style, high-end apartment units is planned to commence next year.

The BWI Aerotropolis consists of two sections: Aerotropolis North, which is 300 acres around Nursery and Elkridge Landing roads that are home to 3.5 million square feet of office space, more than 1,000 hotel rooms, the Alexan and the planned mixed-use redevelopment of the Hoyts Cinemas parking lot. That part of the project will feature 80,000 square feet of destination retail and restaurants, a boutique hotel and 300 urban-style townhouses and apartments.

The 200-acre Aerotropolis South will rise north of Stoney Run Road on Corporate Center Drive and Ridge Road, around the Maryland Department of Transportation headquarters. The two phases basically will be divided by a key attraction of the project, the BWI MARC/Amtrak station, to which Aerotropolis South is connected via pedestrian bridge.

Weber compared the scope and economic development impact of the Aerotropolis to what Under Armour CEO and Chairman of the Board Kevin Plank is proposing for Port Covington, in Baltimore City. The BWI plan eventually will encompass 4,500 residential multi-family apartment, townhouse and condominium units; 600,000 square feet of retail, restaurants and entertainment; 1.7 million square feet of Class A office space; and 1,000 hotel rooms that would include a resort hotel and conference center, similar to the originally planned Crosswinds Resort.

What, in formal terms, is an Aerotropolis? It’s defined on aerotropolis.com as “a new urban form that relies on an airport and its integrated surface transportation infrastructure to speedily connect high-value, time-sensitive firms to their distant suppliers, customers and enterprise partners. It consists of a multimodal airport-based commercial core (airport city) and outlying corridors and clusters of aviation-linked businesses and associated mixed-use commercial/residential developments that feed off of each other and their accessibility to the airport.”

The term is said to have been coined by a New York commercial artist, Nicholas DeSantis, whose drawing of a skyscraper rooftop airport in Gotham was presented in the November 1939 issue of Popular Science. In recent times, the term is synonymous with the works and writings of air commerce researcher John Kasarda, a business school professor at the University of North Carolina at Chapel Hill. In 2000, Kasarda published research based on his airport-driven economic development concepts; in 2011, he co-authored Aerotropolis: The Way We’ll Live Next, with business writer Greg Lindsay.

One main point Kasarda makes is that the size of an Aerotropolis can vary from city to city, depending on the market and the amount of available land. He feels that BWI Marshall, which served almost 24 million travelers in 2015, would befit “a mid-sized Aerotropolis,” compared to international hubs like Amsterdam, Paris, Frankfurt, Bangkok and South Korea’s Incheon, which have airports that serve roughly twice as many fliers.

The market for the project is being driven by what Weber called “a perfect storm,” created by the existing highway network; the growth of BWI Marshall, notably the recent upswing in international service; rail connections to the D.C. market and the possibility of eventual Maglev service, with an airport link; and the nearby Port of Baltimore (which is uniquely Panama Canal-ready) — which create a unique quadra modal transportation hub.

“Our transportation network, the growth at Fort Meade and the cybersecurity boom, as well as Northrop Grumman’s $80 billion contract with the Pentagon to build long-range bombers for the U.S. Air Force,” said Weber, “mean that the BWI Business District can support a project with the breadth and vision of the Aerotropolis.”

Kasarda continued to cite BWI’s attributes. “The Baltimore area certainly has the economic base to not only support the Aerotropolis, but also to drive it to the future,” he said.

The reasons, he said, run still deeper. “The airport has been successful and has strong leadership, as does the business community. Along with this, Baltimore possesses good surface transportation and many aviation-oriented service people, like accountants, consultants, marketing and media [professionals], as well as certain types of government employees who frequently travel by air.”

The Aerotropolis, Kasarda said, “is about more than accelerating time-critical supply chains and high tech manufacturing. It’s about efficiently linking via air business and government services, nationally and internationally. So, you have two pillars: the goods-handling economic base and the service sector, with the latter including business services and certain government employees.

“And many business and government employees who live and work in the Baltimore area,” he said, “regularly travel far beyond the mid-Atlantic region, and not just on the shuttles to northeastern cities.”

With that rise in international service, “Baltimore is starting to attract more high-spending foreign tourists. [That market] needs more upscale retail and fine restaurants, along with additional four- and five-star hotels, to serve them. Just [as they are] for major cities in general, such facilities are important components of an Aerotropolis,” said Kasarda.

Also know that the 30-plus airport hotels are becoming much more than places to sleep. “They’re increasingly functioning as business centers and virtual corporate headquarters, where executives fly in for board meetings, sales meetings, client contacts and high-level decision making — and often fly out the same day without an overnight stay,” he said. “This avoids the half-hour commute to downtown, while airport area hotels benefit from the significant business services revenues these meetings generate.”

While Kasarda feels the Aerotropolis in the BWI Business District holds great promise, that promise is held within certain parameters.

“The Baltimore-Washington market still tends to be dominated by Dulles for international travel,” he said. “Moreover, there isn’t really one mega-hub airport in the region [similar to the aforementioned that are found] overseas.”

That’s because the three Baltimore-Washington airports split the region’s market. “That can have benefits, especially in ease of geographic access,” Kasarda said, “but also limitations, such as not creating enough critical feeder traffic at any one airport to support substantial growth in international air service. Even Dulles has struggled a bit, at times, to grow international service, despite serving our nation’s capital and serving as a hub for United Airlines.”

So the BWI Aerotropolis would be “more of a functional mid-sized development, where air travel-intensive residents and businesses are scattered throughout the metropolitan area, rather than a spatial Aerotropolis with large numbers concentrated in the immediate airport area,” he said.

All that said, there are observers who aren’t fans of the concept.

“I’m not a big fan of airport cities,” said Dennis Donovan, a principal with Bridegewater, N.J.-based Wadley Donovan Gutshaw, a site consulting firm. “It’s an intriguing idea, but building a city from the airport-out is very difficult to do in the U.S. due to current density of development. Airport industrial parks and intermodal facilities are more realistic.

“We’ve never been asked by a client to specifically look at an Aerotropolis,” Donovan said. “So, for BWI, it may be about its terminology. If the idea is a logistics hub, that will fly; but it’s more far-fetched if this is truly a pure Aerotopolis play.”

While Donovan is not alone in his observations, there are supporters of Weber’s plan, too.

“What Heffner & Weber are creating will help to bridge the gap between the D.C. and Baltimore markets,” said Rob Anderson, director of the Washington, D.C., architectural firm Davis Brody Bond. “Given the connection with the airport and the rail lines it’s a natural hub, and it’s exciting to see [its] transformational mixed-use plan for the area.”

Weber, noting Heffner & Weber is “one of the only private developers promoting an Aerotropolis in the world,” is ready to make this most glorious of mixed-use dream developments a reality.

What it all comes down to is, as he said, that “perfect storm.

“This is very valuable property in a prime location. To build the same old thing on such valuable land would be a lost opportunity,” Weber said. “I want visitors to the Aerotropolis to come here and feel like they’re not in Kansas anymore.” 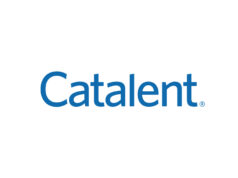