Local environmental businessman Ned Tillman had already written two books. But it’s the release of his third book that could represent a turning point in his literary career.

Tillman, of Columbia, recently published “The Big Melt,” a fictional work that delves into the lives of two idealistic high school graduates, Marley and Brianne, who get a quick lesson in reality the day after graduation – when “all hell breaks loose, as it did with the Ellicott City floods,” he said.

During their journey, the duo learn about climate change from five mentors, a creative license that allows Tillman to enhance his narrative in a way that wasn’t as easily done in his non-fiction works, “Saving the Places We Love: Paths to Environmental Stewardship” (2014) and “The Chesapeake Watershed: A Sense of Place and a Call to Action” (2009).
And while “The Big Melt” is intended to be accessible for young people, “It’s for everyone,” Tillman said. “It contains plenty of humor, but it also illustrates how to address the issue.”

Tillman was moved to write “The Big Melt” after the first Ellicott City flood in July 2016, “since it seemed that people were just reacting, instead of being proactive, to address the issue of climate change. I wanted to inspire people to live with a climate focus, then make the appropriate daily decisions.”

Throughout the book, Tillman weaves in advice for readers so they can better insulate their homes, and order electricity from wind and solar companies, instead of BGE, “which is also moving toward switching to solar and wind energy,” said Tillman. “I get mine from Inspire, and there are others like Green Mountain and Neighborhood Sun. It’s usually available for the same price or less,” he said. “Doing such things sends a signal to the marketplace.”

That’s just one example. “Certainly, we can all buy more fuel efficient cars. I’ve had a Toyota Prius for eight years, but there are lots of options. At one time, there were concerns about how long the batteries would last, but that hasn’t been much of a concern. I’ve known dozens of people who have owned hybrid vehicles and not one has had to replace the battery.”

There are many more options between the covers of the book that people can use. “Through one of the mentors in the book, named Jim, I give 10 steps concerning how people can address various environmental issues,” he said.

Tillman stressed that local governments need to be more proactive about climate change. “What’s been done by Howard County is based more on reaction than prevention,” he said. “The one thing I’ve done in the book is offer a tipping point where something happens and everyone involved wishes they had acted sooner to prevent what became the next disaster.”

He said that “The Big Melt” is a fictional work that draws “on the genre of magical realism. ‘Cli-Fi’ (as in ‘Climate Fiction’) was a real departure for Ned. He took certain liberties to drive the story, but the characters are relatable and the scenario is plausible.”

He added, “The book brings a day-to-day reality regarding what has happened in Ellicott City and what could, happen. It also addresses economic, security, and public health and safety issues. That’s why it was so important that he wrote it.”

Mark Sutherland, vice president of AKRF Consultants, Hanover, agreed with Lattimer, saying Tillman’s take on the climate crisis “makes it easy to digest. That’s important, because there are so many facts involved. But Ned did it by taking the fictional approach so everyone can find something in the book they can relate to.”

Sutherland is also hopeful that “The Big Melt” will gain traction and encourage news from the real world. “There are indicators that progress is being made on the climate change front.”

The author said, “I’m approaching the issue from various perspectives,” said Tillman, “so in addition to trying to get people to face the realities about climate change, I’m also addressing how we need to debate what the solutions should be.”

Tillman said momentum “starts with every individual and every county government taking action. Howard County could easily be proactive, because we know that Downtown Ellicott City, Savage and Valley Mede are all particularly vulnerable to the moods of Mother Nature.” 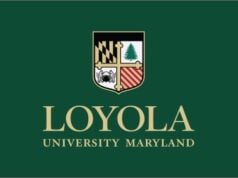