U.S. Senators Ben Cardin and Chris Van Hollen recently lauded Senate passage of a bipartisan, five-year reauthorization of the Federal Aviation Administration (FAA) that will go to President Donald Trump for his signature.

In addition to stabilizing grant funding for airport improvements and passenger safety, and right-to-know measures, the legislation includes provisions put forward by Cardin and Van Hollen to mitigate the noise levels from incoming and outgoing flights at both BWI Thurgood Marshall and Ronald Reagan Washington National airports.

Reauthorized in this FAA funding package is the Airport Improvement Program (AIP) that has brought more than $140 million in federal investment during the last five years along to Maryland airports for safety improvements. From BWI Marshall to other state air facilities and beyond, federal funds have been used to rehabilitate and extend runways, clear hazards and make Maryland’s airports more efficient. Maryland has received more than $30 million in AIP funding during fiscal 2018 alone.

Cardin and Van Hollen also praised the final, five-year FAA reauthorization for updating passenger rights when it comes to travel disruptions and flight schedule changes, including the addition of Van Hollen’s “Customers, Not Cargo” provision that prevents passengers from being forcibly removed from planes. The bill also makes improvements for passengers with disabilities, expands the availability of lactation rooms for new mothers, protects pets by barring them from overhead storage compartments and cuts down on in-flight distractions by expanding the cell phone ban and creates a grant program to support education of future pilots and aviation maintenance technical workers. 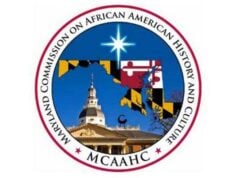