Long before The Rouse Company moved to Columbia, the Moxley family was among Howard County’s most prominent land developers. Long after The Rouse Company was sold to General Growth Properties, the Security Development Corp. (SDC) real estate development firm built by the Moxleys remains a strong player in the Baltimore-Washington Corridor.

Formed in 1955 by former Howard County Commissioner Norman Moxley in partnership with his brother, his brother’s son and Moxley’s own son, Normandy Development was the first iteration of the business. Its first project was a housing development on Moxley’s own subdivided land.

Together they built Normandy Shopping Center, the first shopping center in the county, which opened in 1961.

“They were innovative and went all over the country to find tenants, which wasn’t something people were doing at that time,” said Steve Breeden, a principal and financial analyst with SDC.

Moxley continued to develop the company in the same manner he developed land, Breeden said, transforming it to the Security Development Company in the late 1970s and then guiding it to its present form.

While the Security Development Company’s forte was and SDC’s still is focused on the development of smaller parcels, it was the family’s Security Enterprises owned by Moxley’s son Robert that is best known for negotiating most of the large-scale land deals that guaranteed Rouse’s Columbia project, which ultimately grew to more than 14,500 acres.

Working in that capacity precipitated more opportunity, allowing the family’s various business enterprises to acquire some of the parcels that either didn’t fit within the vision for Columbia or that Rouse didn’t want for other reasons.

The company’s portfolio is impressive, boasting some 2,000 apartments and approximately 25 shopping centers.

“Our territory hasn’t spread too far from home, although we are invested in some options in Texas,” Breeden said. “Aside from that we’ve developed a couple of shopping centers in Delaware. We also have a residential project in Warrenton, Va., and we have land in Pennsylvania.”

After more than 60 years, the company remains relatively small. “There’s a total of 10 of us,” Breeden said, “and we’re still mostly family members. We’re very proud to be a home-grown company.”

Like SDC, Breeden is a pioneer in his own right, a member of the very first Leadership Howard County (LHC) class.

“I grew up in Howard County and thought I knew a lot about it,” he said, “but this program opened my eyes to so much more. It’s one of the best resources I know of to find board members for different capacities and for finding folks to help with charitable groups.”

It’s also been a springboard for making key introductions, including one in particular that’s still going strong.

“Leadership Howard County was part of the Howard County Chamber of Commerce when it started, and that’s where I met my wife 27 years ago,” Breeden said. “She was a chamber employee.”

In fact, for the Breedens, Leadership Howard County has become a literal family affair.

“Both of our children have attended Leadership U, which is a week-long camp in the summer for high school juniors,” he explained. Breeden served on LHC’s board for eight years, and to date a total of five SDC staff members — half of the company — have graduated from LHC.

Thirty years after his inaugural class graduated, Breeden said members of that class still stay in touch, meet for breakfast and lunch on occasion, and continue to help each other succeed in their business lives and charitable endeavors.

While the economic downturn nearly a decade ago brought challenges to the development industry, SDC found itself in a better position than most.

“We’re very fortunate to have held onto so many of our income-producing properties, otherwise we probably wouldn’t have survived,” Breeden said. “A lot of our competitors in straight land development are gone.”

The lesson for SDC has been to set realistic parameters for growth. “The truth is, you can’t grow too quickly in this business these days, not at the sort of residential volume we used to see occurring,” he noted.

Partnering with many of the key construction and property management firms in the mid-Atlantic region has paid off in familiarity with local regulatory agencies, market conditions and potential site-related construction complications. That in turn has enabled SDC to enjoy a level of continuity and security that has supported longevity, Breeden said.

Location has also had distinct advantages. 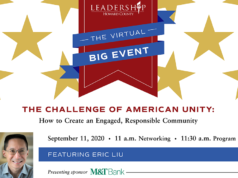 LHC speaker to tell how to build civic fitness