The opening of Bitty & Beau’s, a coffee shop on the bustling City Dock in Annapolis, caused a big buzz.

The new eatery employs workers with intellectual and developmental disabilities and it’s getting major attention. Recently, Bitty & Beau’s was featured on Today, CNN, Good Morning America, The Dr. Oz Show and many others.

Amy Wright, co-owner of the Wilmington, N.C.-based company with her husband, Ben, feel like they made a good decision to open the company’s fifth location in Annapolis. “We just found the space on Dock Street and thought that was a good place to plant,” she said.

While the rent is “a little higher than other markets, but probably what’s expected” in that market, the early results have proven that decision solid.

Bitty & Beau’s, which is so named for the couple’s two children who have Down syndrome, has been handling “anywhere between 300 to 400 transactions per day.”

The normal influx of tourists, day trippers and locals who bop around Annapolis, said Wright, make the difference.

“We’ve found great success in other high tourist areas, like Charleston (S.C.) and Savannah (Georgia, as well as Wilmington, where the company operates two locations) as we try to change perceptions about the way people with disabilities are viewed.”

The early appreciation of the local market for the new shop has been great for the Wrights and many of the locals to see.

“It’s always refreshing to see a business that celebrates diversity and inclusion in Anne Arundel County,” said Pamela Jordan, director of the Anne Arundel County Department of Aging and Disabilities, who commended Bitty & Beau’s for valuing the contributions of “people with different abilities.”

It that inclusion that Jordan, Wright and others are hoping will help make a dent in the unemployment and underemployment rate for people with intellectual and developmental disabilities, which is “disproportionately higher than those of the rest of the population,” said Rachel London, executive director of the Maryland Developmental Disabilities Council.

“People with developmental disabilities can and should work at any job,” said London. “Everyone wants to spend their days with purpose. In fact, to make that a reality for more people with disabilities, including those with the most significant support needs, services are changing to help people lead the lives they want.”

Ensuring that people with disabilities have opportunities to work with people without disabilities, she said, “is one of the ways change is happening. This includes a desire for jobs in the community, earning living wages with benefits. Anything that promotes this in Maryland is a critical step in the right direction.”

While that mantra can be applied by any community that is interested in a Bitty & Beau’s location, the company is not looking to license franchises, though they are constantly scouting new locations. Next to open will be a third Wilmington location and the company “would love to move into the D.C. market,” among others, said Wright.

“We get hundreds of franchise inquiries every year but at this point we’re corporately owned,” she said. “We want to stay focused.” 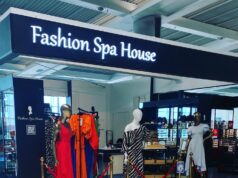 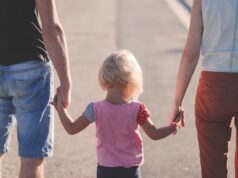