The Stronach Group (TSG), which owns the Bowie facility, Laurel Park and Pimlico Race Course, considers Bowie instrumental in its strategy to increase the number of race days at Laurel and move closer to the goal of year-round racing.

Laurel Park’s stables and training areas do not provide adequate space for the expanded fields of horses that an enhanced racing calendar would attract.

City of Baltimore officials, however, fear that any gain for Laurel and Bowie would spell future loss for the Pimlico track, making it easier for lawmakers to accept moving the Preakness event to Laurel.

The fear is so palpable that Baltimore’s mayor sued The Stronach Group in March, asking the Baltimore Circuit Court to seize Pimlico and the Preakness through condemnation and grant ownership to the city. The case is ongoing.

Meanwhile, legislation to establish a workgroup to recommend financing options for the Phase 2 Pimlico Race Course Study also fell by the wayside.

During a March 6 Senate Hearing, Baltimore Mayor Catherine Pugh agreed with TSG that spending $424 million to rebuild Pimlico for only 12 days of racing out of the calendar year is not a sound business decision.

However, she noted that the resulting world-class venue could be used year round for concerts, banquets and other special events.

“It is the investment needed to develop 110 acres into a thriving mixed-use neighborhood and support the $200 million expansion of Sinai Hospital, who are bringing their headquarters there and building a hotel and some other amenities,” Pugh said.

The mayor said the city is willing to establish a tax incremental financing scheme to support up to $125 million of eligible public infrastructure costs associated with Pimlico’s redevelopment. She also proposed bonding the annual state Racetrack Facility Renewal Account (RFRA) allocation, with a matching amount provided by TSG, and reallocation of up to $20 million of the VLT funds assigned to the Park Heights neighborhood as a means to finance half of the $424 million price tag.

“If the state and city are interested in fully funding the redevelopment of Pimlico, we are more than willing to be part of that conversation,” said TSG COO Tim Ritvo. “We ultimately believe that there are other and better uses for the property and hundreds of millions of taxpayer dollars.”

“We simply cannot replace that,” he said. “If we lose the Preakness, the money shifts to the south.”

During the Preakness, the city’s average daily hotel occupancy rate rises from 65 percent to more than 90 percent. “This is our Superbowl, we don’t want to lose that iconic presence,” added Visit Baltimore President and CEO Al Hutchinson.

It’s no secret that TSG has spent the lion’s share of RFRA money on Laurel Park, investing $39 million there since 2013 and only $6 million spent at Pimlico.

Joe Bryce, a lobbyist who represents TSG, told lawmakers that Pimlico’s needs depend on year-round racing and the jobs that support it.

“We have known for some time that … if you were to undertake any kind of significant renovation [at Pimlico], it would open the whole building up to code,” he said, an enormous expense that would be better spent on replacing the facility. “We need to make sure that the needs of year-round racing are satisfied, and that’s an activity that has taken place at Laurel Park.”

But Laurel Park has aging facilities, too.

“It might be normalized for this industry, but as Marylanders we must be better than this,” said Mosby. “We need to figure out a way to expedite plans [to build new housing].”
To set the record straight, it’s a situation that TSG and the Maryland Jockey Club had been working to address long before Mosby publicized photos of the dorms provided to him by a so-called whistleblower in March while Baltimore was mounting its push to derail the funding needed to reopen the Bowie facility.

At the Maryland Racing Commission’s November 2018 monthly meeting, Maryland Jockey Club General Manager Sal Sinatra informed Commission members that materials for a new stick barn with 150 rent-free dormitory rooms had been delivered and would be constructed as soon as a decision on location and permitting delays at the county level were resolved. (See The Business Monthly’s January issue.)

“There may be one year left before that gets built, but I think we’re making progress,” said Pittman. “I don’t think anybody wants that progress to stop, this isn’t about the Preakness, it’s about what’s going on at the Laurel racetrack [for the workers].”

David Richardson, executive director of the Maryland Thoroughbred Horsemen’s Association, said the failure of the legislation seeking funding for Bowie won’t impact the construction of the new dorms, but does add a measure of uncertainty to the overall master plan for backstretch improvements at Laurel.

He said that the horsemen don’t have a “dog in the fight” about where the Preakness takes place. “We love clarity and want to make sure we’re building those dorms in the right location [on the Laurel backstretch] … we just want to get moving on the dormitory project.” 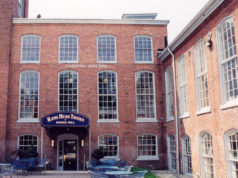 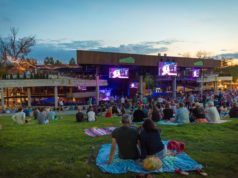