Larry Richardson joined the Maryland Chamber of Commerce in late 2016 after spending more than three decades as a government affairs representative, most recently as a claim attorney/jurisdictional specialist for State Farm Insurance. He spends his days advocating for job creation and working to reduce Maryland’s well documented (and excessive, to hear some tell it) regulations to make the state’s business climate more competitive.

What issues are key for the Chamber during the session?

There will be many, given our varied membership. One concerns the increase in the minimum wage. A business like WalMart or Amazon can afford it, and that’s great, but that would be very hard on your average small business, like a pizza restaurant and coffee shop, to handle.

There was a study conducted in Seattle in 2017 that indicated its $13-an-hour wage resulted in less hours for employees, which is often the case in such circumstances, as are fewer jobs.

What are your goals to reduce business regulations?

The Maryland Chamber has always been a supporter of reducing what is seen in various quarters as excessive state regulation on business; Gov. Hogan has been progressive in reducing unnecessary regulations.

On that note, two new bills (Senate Bill 173 and House Bill 157) that would help small businesses (less than 50 employees) and trade associations would require state agencies to offer earlier notifications of proposed state regulations. That would allow businesses time to act on them in a more expedient manner, as well as avoid fines and penalties if a violation is corrected in 30 days.

Employment supports Maryland’s ex-offender population and helps ensure new opportunity for these individuals. However, for some employers, it is challenging to hire an ex-offender. That’s because, under current law, an employer could be held civilly liable for a negligent act committed by an employee, solely because of that employee’s criminal past – irrespective of whether the prior criminal offense bears any relation to the current act.

The business community can provide an ex-offender a second chance, but in order to ease the aforementioned concerns, legal safeguards for the employer must be enacted.

What are your thoughts on sports betting?

Part of our argument has always been that Maryland needs to be competitive to attract business. Part of the issue we face again is that, if every state around us has sports betting and we don’t, we’ll be behind in the game.

To the point of competing with neighboring states, we’re also concerned about the Maryland corporate tax rate, which was raised in 2008 by the former governor, Martin O’Malley, to 8.25 percent. Virginia is currently at 6 percent and it just submitted legislation that would bring the rate down to 5 percent; if that passes, the straw that breaks the camel’s back would be the minimum wage bill passing, especially if most of its exemptions go away.

However, we are also closely monitoring a bill in for this session to take Maryland’s rate down to 7 percent.

What tweaks are being made in the medical cannabis industry?

One topic we’re keeping an eye on is developments to workplace rights. If someone who is taking medical cannabis works for an employer that has a drug policy, that can present an issue. There is already a U.S. District Court case in Delaware concerning this topic.
Also, rumor has it that, during the 2020 session, there will be a more concerted effort to address the legalization of recreational marijuana.

What do you think will happen concerning the affordability of prescription drugs?

A bill has been submitted to address that issue, too. From our member’s perspective, obviously the less expensive they are, the less expensive health care coverage will be; but from a state level, there is a question of constitutionality. Prescription drugs are regulated on a federal level to ensure they are cost effective, while also promoting research and development.

However, if the overall effort to address this problem is approached piecemeal in a state, a manufacturer may not sell a certain product in that state. That’s why we feel this topic needs to be more comprehensively approached on a federal level.

What are your thoughts concerning the Clean Energy Jobs Act?

Maryland is at 25 percent clean energy generation and we have to be at 50 percent by 2030. We understand the importance of creating a clean environment. Part of the issue is that you will see an influx of farmland taken over by solar panels and wind turbines; and know that the powers that be in Ocean City, for instance, are worried about how offshore turbines would impact tourism.

On a related topic, there is a paper mill in Western Maryland that employs 200 people that creates black liquor, a tar by-product that is burnable and can be sold. They need to continue operating to keep jobs – but they may not be able to.

What are your thoughts on the Kirwan Commission?

The Chamber is a strong supporter of education but our main issue concerns whether the state can afford $4 billion to fund all of the Kirwan Commission’s recommendations. Its goals are laudable, but there are concerns about the state providing the funding without raising taxes.

Will there be more opportunity zones in Maryland?

There is legislation in this year to hopefully make that happen.

What stood out to you the most about last year’s session?

The increased animosity. When I got involved in this field, I could get into spirited debates with whoever; but at the end of the day, we’d go grab a beer. Now, some of the activists and legislators want to fight. Now it’s, “If you don’t agree with me, not only are you wrong, you’re evil.” So, there’s no middle ground.

What’s your biggest personal challenge during the session?

The intensity. It’s a 90-day period and I’m charged with delivering the message of my employer in a way that’s informative and truthful. That demanding research and delivery involves using plenty of shoe leather. There is no eight-hour day. But when we get to Sine Die, my word is my bond. 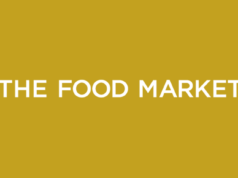