What’s it like having two high-profile jobs at once? Ask Brian Darmody, who’s been serving the University of Maryland College Park (UMCP) since 1982 and long ago ascended to the position of associate vice president. Darmody recently accepted a new position as CEO with the Association of University Research Park (AURP), which will keep him in the local focus as he works toward retiring from UMCP at the end of 2019 – while continuing to work out of the Discovery District at UMCP and pursue new challenges.

What instigated your career shift?

I joined AURP many years ago, when the College Park/UMD Metro station opened. At that point, I helped recruit the American Center of Physics to the site and UMCP built a research park adjacent to the station. Later, I was elected to the AURP board and served as president for a year. The AURP CEO position came open last year around the time I had organized AURP’s Annual International Conference at the UMD Discovery District and applied for the position.

AURP is a nonprofit that represents research parks worldwide. The world’s first research park debuted in 1951 with the Stanford Industry Park, at Stanford University in partnership with the city of Palo Alto. That model was copied by other states, like North Carolina when it founded the Research Triangle, then countries around the world.

What’s a key difference compared to your former job?

This new position is like building a startup. We’re a membership association that doesn’t receive money from the government. I have to build it by offering a service people find beneficial or we’ll be out of business.

Will AURP accentuate its East Coast presence at what’s called its “HQ2”?

While we have our administrative headquarters at the University of Arizona Research Park, we’ve opened the new office in the UMCP Innovation District. The new office is important to our growth because many national organizations are in Washington, D.C., and international delegations often come to town that want the synergy of a major university. We aim to become a port of entry for other countries that want to do business here and along the Eastern Seaboard.

The model is evolving, since they are no longer stand-alone properties. They’re being integrated into research parks and communities of innovation. For example, in the Research Triangle, there’s an area called Centennial Park at North Carolina State University. It was unpopular at first, since the faculty at the engineering school didn’t want to move from its old home. However, since other amenities grew around it, they now love it; it’s part of why the Research Triangle area has the great reputation it has.

To some extent, that’s what we’re trying to do in College Park. It’s all about building synergies. For instance, a housing project at UMD, called the Aloft, just opened near the Discovery District, on Baltimore Avenue. The apartments are geared for young professionals, as opposed to students. Know that we’re trying to get people employed where they work, which is the best thing you can do from an environmental standpoint. It helps reduce commuting and builds a sense of community. Housing is becoming an important element of research parks. UMD also opened a public charter school in its Discovery District that is headed by the UMD president.

Do we need more research parks in Maryland?

Maryland has a uniquely high amount of research development that places us in the nation’s Top 3. But can we always use more? Why not? We need to make sure that our universities and federal labs are accessible by the private sector and research parks are a tool to make that happen.

What is the role of incubators?

They are vitally important to the success of research parks. The short answer is they’re a big part of those facilities and communities, starting with students who are able to gain support for their ideas to faculty that want to develop their intellectual property to corporations that want to set up shop near the universities.

A new federal tax tool called opportunity zones are a way to defer capital gains to provide tax incentives. Many research parks are in the opportunity zones and the amount available to invest in real estate and companies could reach $100 billion nationwide during the next several years.

What are your thoughts about startups acquiring capital in Maryland?

I helped write the legislation when I was a lobbyist at UMD to found the Maryland Technology Development Corp. (TEDCO) about 20 years ago as a way to attract more capital to the state. The knock on Maryland is that you won’t get venture capital (VC) funding here because venture capitalists don’t find enough opportunities. So, we need to ensure that our research is presented in a way that the opportunities are known to them and that we have gap funding to facilitate it. That’s why the programs that TEDCO runs and the university runs, such as UM Ventures, are critical to help secure technology [that’s] investable by the time they reach that stage by angels, gap funders, VC investors, and so on.

Do you plan to add new programs?

Yes. We created the BioHealth Caucus for a segment of our members who are related to the biohealth and health science campuses, like UMB. It takes a very long time to develop new drugs, roughly about 10-15 years, and there are many regulatory challenges, so we need a group within AURP that can focus on that market.

We are working with BioHealth Innovation, in Rockville, to roll out a set of new programs for that segment of the research park community.

What do you feel were your high points of your long career at the University of Maryland?

I was fortunate to have worked with a series of presidents and vice presidents that gave me a lot of autonomy to develop new projects, which is unusual in a public setting. Helping start Maryland Day, which is the nation’s largest university open house that takes place the last Saturday in April; coming up and drafting the legislation that created TEDCO; organizing the university’s first tech transfer office; and working on the $62 million E-novate program, which matches state dollars with private endowment funds to bring smart professors in areas of economic growth to Maryland, are among the highlights. 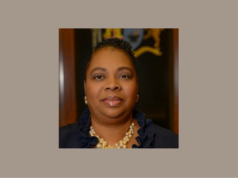 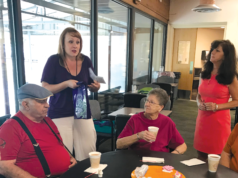