Addressing the County Council on Sept. 4, the pair presented an ambitious vision that could cost up to $50 million. The plan calls for acquisition and removal of buildings along with new construction or upgrade of stormwater management infrastructure. The plan also foresees deep

ening and widening the stream channel through town, and redesigning some of the stream’s sharper turns to allow a more sweeping pathway for water.

“We developed our plan using a scientific approach to mitigating the height, speed and destructive force of a flood,” Kittleman said. “In this discussion, if it comes down to a choice between saving lives or saving buildings, we choose lives.”

Kittleman acknowledged that people are afraid to come to Ellicott City, and businesses are reluctant to return.

“These are the actionable steps that must be taken to preserve Ellicott City. Without doing this, we will lose all of Ellicott City,” he said. The Flood Mitigation Plan strategy calls for the acquisition and removal of 10 buildings on the south side of Main Street, four of which are beyond reasonable repair. Kittleman and Weinstein advocate replacing them with public open space.

County Spokesman Mark Miller confirmed that the 10 buildings represent 5 percent of the buildings in the city’s Historic District, which includes structures in West End.

Kittleman tasked a team of local preservationists to identify internal and external elements of each building that could be preserved or reused within the historic district.

Weinstein said the county is also exploring the possibility of relocating one of the buildings: Tea on the Tiber, located at 8081 Main Street, which was “once owned by George Ellicott,” the son of Andrew Ellicott, one of Ellicott City’s three founding brothers.

According to Howard County Deputy Director of Public Works Mark DeLuca, the Flood Mitigation Plan builds on four priority projects recommended in the Hydrology and Hydraulic Study conducted in the wake of the 2016 flood by McCormick Taylor, a civil engineering firm.

They include culvert expansion within the city and new water retention facilities further upstream.

The phasing of projects will be of critical importance, DeLuca noted.

“We want to start at the bottom of the watershed and work our way up and analyze it as we [go], so that we know ultimately what capacity we have at the base,” he said. “If we do have any kind of restrictions or limitations as we move up, we’ll know how to design for them.”

The Ellicott City Master Planning process addressed spot enhancements to be undertaken within the Tiber-Hudson watershed, the first of which is known as Hudson Bend.

Running a course from Parking Lot F to Lot E through Court Avenue and under Main Street and the La Palapa restaurant, this stream emerges at Lot D and joins the channel at Hamilton Street.

“There might be relocation of a brewery annex building and temporary relocation of La Palapa, and also a new culvert … so that we can have a much larger channel going through here to prevent some of the flooding,” DeLuca said. “The Master Planning team has ideas about how to regain parking spaces in Lot D and also provide opportunities for retail that might be displaced by the enlargement of this channel.”

Most of the water retention facilities contemplated further up the watershed would each hold a volume of 13-15-acre feet, a measurement equivalent to one foot of water covering 13-15 acres, he added, and a very large 70-acre feet facility designated T-1 will be located where the Tiber and Hudson join together.

“The five year [Flood Mitigation] Plan is going to be incorporated into the overall master plan,” Weinstein said.

The big question is funding. Howard Budget Director Holly Sun informed the council that urgent and critical need funds for Ellicott City in FY ’19 totals $18.8 million. That figure includes $2 million in contingency funds and $16.6 million of reallocation from the existing Capital Budget, a portion of which was earmarked for a new Route 1 Fire Station and East Columbia Library athletic field and site improvements, among other projects.

The impact would be limited to “a few months at the most,” Kittleman said. “If we’re not going to start building [these capital projects] until next March or May, then we could actually put money into the following year’s budget, and then it would only be a couple months delay.”

In considering the legislation, County Council Chair Mary Kay Sigaty (D-Dist. 4) asked the county executive, “What does that get us? We’re looking at a five-year plan, we have to know what the expectation is” for Fiscal Years 2020 and beyond.

Planning for the future The Flood Mitigation Plan will become a key part of the Ellicott City Master Plan, which will in turn be incorporated into the Howard County General Plan.

Tom McGilloway, principal of the Mahan Rykiel Associates urban design and planning firm hired to prepare the Ellicott City Master Plan, said his firm is considering how the flood mitigation proposals affect public park and open space, land use in the core area, and improvements to streetscapes and roadways.

“We’re looking at creative ways to keep vehicles, dumpsters and large tree debris from getting into the channel,” he said.

The county will continue the flood mitigation planning process with a public workshop in late October, followed by online engagement and presentation of a draft plan for public review in early 2019. 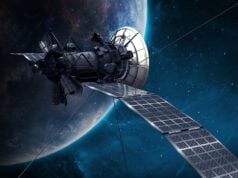