In response to growing employment costs and pressures on price in a very competitive marketplace, more and more businesses in the service sector are calling upon independent contractors for core duties. The cost savings of the contractor-based business model can be significant. One Uber-like dot-com company recently reported that, after switching to an employee-based business model, its business costs increased by 40%.

Many employers utilizing this approach mistakenly use the same type of agreements that they give to employees, which usually include non-competition agreements. Such agreements may be a great idea in the employee context, but are not so great for independent contractors.

Businesses doing business in this fashion need to be aware of the potential pitfalls of misclassifying an “employee” as an independent contractor. Recently, the Department of Labor announced in an advisory memorandum its position that “most workers are employees” under the Fair Labor Standards Act, which utilizes the “economic realities” test to determine whether a worker is “economically dependent” upon an employer or is in business for him- or herself.

An independent contractor is supposed to be, in a word, independent. That is, the contractor should be free to work for whomever s/he desires, and work for multiple clients, as many contractors do. The non-compete agreement forbids this kind of basic activity and runs the risk of converting the relationship into something unintended: an employer-employee relationship.

While the agreement may still be enforceable, confusing the distinction between the two relationships through the use of a non-compete agreement runs the risk of regulatory actions by a state or federal government, as well as opening up the business owner to potential claims based upon employment protections. Employee rights lawyers and state and federal governmental agencies have been increasingly focused in this area and pressing claims for violations.

The common law tests used by many states to determine whether a person is or is not an employee focuses on how much control the business has over the claimed employee. While not determinative, precluding an independent contractor from being independent is much closer to an employer-employee relationship. Further, a worker who is contractually precluded from working for others likely is economically dependent upon that business upon an analysis under the Fair Labor Standards Act.

Independent contractors should not have a non-compete agreement, with the possible exception of a business-to-business relationship. For example, if you hire ACME Inc. to do a job for you (ACME can send any of its individual employees to do the particular job), then you can consider having a non-compete with ACME.

There also are risks that the relationship may be determined to be an employee/employer relationship, opening the business up to wage and employment-related claims.

Instead of creating a non-compete agreement, it is more advisable to have the independent contractor sign a confidentiality/non-disclosure and non-solicitation agreement. You can require the contractor to not use client lists, business information gained, territorial information, employee information and any other proprietary information.

While it is important to make sure confidentiality agreements are applicable to the worker as well, these agreements are not scrutinized as heavily as non-compete agreements. It will protect your information and keep you on the right side of the law. 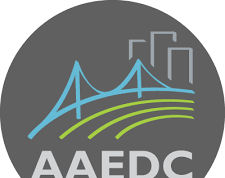