On Tuesday, April 23, the U.S. Supreme Court heard arguments about whether a new question, asking whether the members of a household are U.S. citizens, can be included by the U.S government on the 2020 census form, a move which would not be endorsed by New York and Columbia-based Nielsen.

The addition of the question, the plaintiffs argued, would mean that participation in the census will be suppressed, causing a significant undercount. The controversy drew the following response from David Kenny, CEO of Nielsen, the day prior to the hearing, who said it would affect the media industry and other businesses; the Supreme Court will make a decision in June.

“At Nielsen, we’ve worked with data for almost 100 years. We know data science. And we know that adding an untested question to this census is bad science and will likely lead to a significant undercount of the U.S. population. In particular, we believe that young, multicultural people – a consumer segment that will be the main driver of economic growth for the next decade – are at great risk of being underrepresented.

“To that end, we’ve filed a ‘friend of the court’ brief with the Supreme Court supporting the exclusion of a citizenship question to the 2020 decennial census. We’ve outlined our concerns that such a question could present for businesses today in an op-ed in The New York Times.

The purpose of conducting a census every 10 years is to get a complete, accurate count of the population in our country. If the government is successful in adding the citizenship question to the 2020 census, the census will contain flawed data that will have far-reaching consequences for U.S. commerce and media, retail and consumer packaged goods businesses. Billions of dollars follow these counts.

To read the remainder of Nielsen’s/Kenny’s view on the matter, go to http://sites.nielsen.com/newscenter/nielsen-remains-committed-data-science-principles-ahead-census-2020. 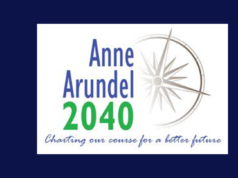