The Maryland Stadium Authority (MSA) has announced the creation of the Sport and Entertainment Corp. of Maryland (501(c)3) to support the efforts of Maryland Sports, the state’s sports commission, by promoting regional, national and international sporting events in the state.

The Sport Corp.’s first action was developing The Fair Hill Organizing Committee to successfully manage all aspects of the new Maryland 5 Star at Fair Hill (CCI5*). The prestigious CCI5* is the pinnacle of the sport of eventing (also known as the equestrian triathlon) and will be only the second such event in the U.S. and seventh worldwide.

In addition to supporting the efforts of Maryland Sports, The Sport Corp. can solicit and receive contributions from businesses, governmental and nonprofit entities, plus individuals interested in the promotion of sports in the state.

At the 2019 Maryland Horse Forum, The Fair Hill Organizing Committee co-chairs Mike Hankin and Mike Gill introduced its new president and CEO, Jeff Newman. Newman will build and lead a team to deliver, plan, manage and oversee all aspects of the activities that take place at the CCI5* at Fair Hill. Newman will work in tandem with Terry Hasseltine, the executive director of Maryland Sports.

Once established, the annual economic benefit of the CCI5* to Maryland is projected to grow to up to $30 million dollars and welcome upwards of 80,000 spectators during four days of entertainment and the highest level of competition in the sport of eventing annually. 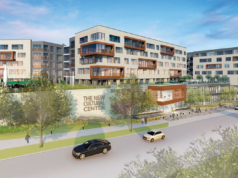 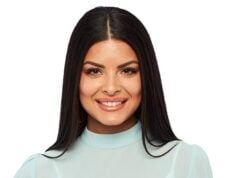 Odenton resident looks for love on ‘The Bachelor’