Originally conceived as a home for world-class artistic programming with residencies from the National Symphony Orchestra (NSO) and New York Ballet, the venerable venue now has its first resident orchestra, Soulful Symphony.

According to Downtown Columbia Arts and Culture Commission (DCACC) Executive Director Ian Kennedy, “We are building on a decades old idea whose time has finally come,” he said during an announcement to welcome the Symphony home “We are incredibly excited to work toward fulfilling the cultural promise of Merriweather by expanding its role [as] home to a world-class, 21st century orchestra.”

Founded nearly 20 years ago, Soulful Symphony is renowned for performances that celebrate America’s diverse musical and cultural history. The orchestra comprises 85 predominantly African-American and Latino musicians and vocalists, and has previously enjoyed residencies with the Baltimore Symphony Orchestra and Baltimore’s Hippodrome.

“We want to be as comprehensive as possible with our programming,” said Soulful Symphony Director Darin Atwater. “We want to bring everyone together, true to our motto, taking an entire culture and setting it to music.”

With the new residency, Atwater takes the helm as the DCACC’s first artistic director. In doing so, he returns to the community where some of his first musical performances occurred in the church he attended with his family before going on to study at Morgan State University, the Peabody Conservatory, and studying conducting under German maestro Christoph Mayer.

“We’re here to combine our human assets and create a hub where people can enjoy a variety of programming that bridges the gap that exists between highbrow and pop culture, that reflects the community it serves, that is both entertaining and informative,” Atwater said. “Our mission is to celebrate American music and expand audiences.”

As symphonies around the nation go, most orchestras are still very Euro-centric in terms of their repertoire, but Soulful Symphony has built its performances around the American national identity.

“We have an inclusion of things like the rhythm section, drum kit, choir and nontraditional instruments,” Atwater explained. “We want to develop a sound that is ideal for all of our musical traditions.”

The idea, he said, is to champion American roots music and challenge the notion that the European classical tradition is somehow superior.

It’s a challenge that has gone unanswered since the Czech composer Antonin Dvorak began exploring American music in the 1890s and lamented its lack of development by native composers.

While serving as director of the National Conservatory of Music in New York City, Dvorak advocated for the incorporation of Native American and African-American music as the foundation of a national style.

“You almost have to frame an orchestra around that objective, which is the idea,” Atwater said. “All of Mozart’s symphonies are Austrian folk songs, Tchaikovsky’s Fourth Symphony is all Russian folk music, Verdi’s operas, Puccini, it’s the national music. They never have problems in terms of audience cultivation. Like Mozart said, people will listen to Figaro in Austria 300 years later because it’s their pop music.”

“We want to create a repository of works that is comprehensive across all genres and eras,” he said. “Hip hop, country, bluegrass, gospel, jazz, all of that is ripe for symphonic engagement and for the universality of our music.”

Music is but one aspect of Soulful Symphony’s mission.

“Our vision is to democratize the arts and make them accessible and available to everyone, with a mission to preserve, present, interpret and celebrate American culture and that of hyphenated Americans, each with their own traditions,” Atwater said.

Accessibility is an equally important consideration for Soulful Symphony, which aims to make the extra effort to reach audiences that still lack access despite the availability of local, affordable performances.

“We are committed to being a partner with Howard County Public Schools, along with a groundbreaking Culture Behind Bars initiative with the Maryland Correctional Institute,” Atwater said.

The symphony is still ironing out details for each of those initiatives.

“When you leave our performances, you should have another perspective about the possibilities of richness in your own lives, because you have experienced your culture in a symphonic setting,” Atwater said. “You’re going to recognize the music, the tonalities, it’s going to be a shared experience. It’s our experience, wrapped in sound.” 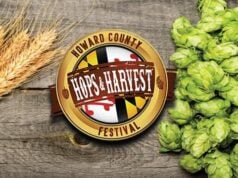 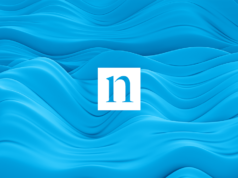