When Cardoni Waddell LLC merged with Dembo Jones P.C., and MohnAllen P.C. merged with UHY Advisors Inc. this January, they were part of a nationwide trend sweeping the accounting profession. According to the 2012 PCPS Succession Survey, published by the American Institute of Certified Public Accountants, more than half of the firms (44%) surveyed were actively discussing mergers. The Journal of Accountancy called it “a dominant trend among U.S. accounting firms.”

Maryland firms reflect the trend. Mergers in the state are up 30% this year alone, resulting in fewer but larger firms, such as Dembo Jones and UHY Advisors.

Even before their recent mergers, both UHY Advisors (No. 20) and Dembo Jones (No. 255) were cited by the industry publication Inside Public Accounting as among the top 300 largest firms nationwide. UHY Advisors, with 14 offices, has, according to UHY Managing Director James Peacock, 6,000–7,000 employees in the United States, including 35 in Columbia and Frederick. It has international offices in 90 countries.

Dembo Jones, whose staff numbers approximately 70, 25 of whom are in Columbia, was a top 30 firm locally, according to the Washington Business Journal.

Tom Hood, CEO of the Maryland Association of Certified Public Accountants, suggested that there are three main trends driving mergers. The first is retirements with no succession plan.

“A lot of smaller firms, unfortunately, haven’t thought through what they’re going to do at the end of the day,” noted Harold Mohn, formerly managing partner of MohnAllen and currently a UHY director. In the 2012 PCPS Survey, only slightly more than half had a succession plan. Yet, industry-wide, the aging Baby Boomer population is barreling towards retirement and wants to cash in (or cash out).

Noted Peacock, “Many younger partners don’t have the financial ability to buy out older partners.” Merging or acquisition becomes the default plan.

Increasingly complex standards and regulations in different fields and within the industry itself is merger driver number two. Smaller firms find themselves with clients in need of specialized expertise and services they cannot provide. Merging or acquisition becomes a way to meet clients’ growing needs.

MohnAllen had specific, desirable expertise in community and residential homeowners’ associations, and in the medical industry and tax areas, that made it a desirable merger candidate, according to Peacock.

Cardoni Waddell, which had the larger office, offered Dembo Jones increased presence in the desirable Columbia market, and more. “It gives us greater geographic diversity for the practice, noted Walter C. Pennington, president of Dembo Jones. The two firms are combining Columbia offices in space directly below the previous Cardoni Waddell offices.

If You Can’t Hire, Acquire

The third merger driver is demand for experienced, quality people. The Columbia UHY office currently is looking to hire three to four professionals. Accounting is a growth industry.

According to the Bureau of Labor Statistics (BLS), there were 28,600 accountants and auditors in Maryland in 2012; a number expected to grow to 31,000 by 2022. “There’s record demand,” noted Hood, “even though there are plenty graduating.” BLS projects more than 1,100 job openings per year in Maryland.

In this highly competitive field, larger firms often have the advantage in the opportunities, professional development and benefits they can offer. Still can’t hire what you need? Acquire established professionals and their skills through a merger or acquisition.

Within these trends, the path to a merger can vary a great deal, as the Cardoni Waddell/Dembo Jones and MohnAllen/UHY experiences demonstrate.

Noted Pennington, “We’ve known partners there [at Cardoni Waddell] for 30 years. They [were] known to be a good firm and good people.” Talks may have begun with lighthearted banter, but about a year ago evolved into serious conversations. The merger took effect Jan. 1 this year.

The UHY/MohnAllen merger, also completed in January, followed a more strategic path. UHY was actively looking for merger candidates, and even hired a firm, Illinois-based The Visionary Group, to help identify candidates. Several were considered.

Only MohnAllen seemed to fit. Unusually, neither firm knew people in the other. In fact, Mohn noted, MohnAllen wasn’t particularly looking to merge. Mohn, who had been approached before, had always declined. The philosophy or client metrics never seemed to work.

But, “it felt right in this case,” he said. Mohn particularly liked the UHY approach to clients. The firms also shared a practice focus. It helped that he and Peacock hit it off immediately and have built a mutually productive relationship during the merger process.

“We both have an entrepreneurial spirit,” noted Peacock. [We’re] not afraid to try something.”

It’s All About the Culture

Working through a merger can be bumpy. People have to absorb new ways of doing things, new technologies and new systems. Their previous firm’s name may disappear.

Working out the money details is often the easy part. “If a bunch of accountants can’t make the numbers work …,”chuckled Pennington. Relations with clients (unless someone leaves or dies) generally proceed smoothly. “Clients are interested in knowing if the people and team they’ve been working with are there,” said Pennington.

“In the final analysis, it’s all about the people. The philosophy of how you work with clients and treat personnel is critical,” said Pennington. “Practices that work their staff to death … generally those kinds don’t mesh.”

“Here we are all dedicated to the same thing,” said Mohn. Peacock concurred. “Concentrate on culture.”

According to Pennington, Dembo Jones has no immediate plans for additional mergers, though its long-term goal is to have offices that can serve D.C. and Northern Virginia. And, if the right Northern Virginia practice opportunity came along, it might consider it.

UHY has more ambitious plans. The firm is, in the words of Peacock, “Underserving the market [and] looking to fill in the white space.” The MohnAllen merger may have been UHY’s first in awhile, but it is unlikely to be the last.

The company is in active merger and acquisition mode, looking for more practices in Maryland, and especially to the south and west in Bethesda, Rockville and Northern Virginia. It’s also looking to other parts of the Northeast Corridor. Ultimately, UHY wants to have offices all the way down to Florida. To “fill in the white space.” Expect the merger frenzy to continue. 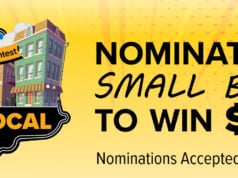 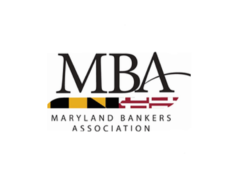 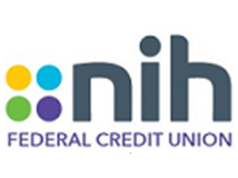