Hunting may not rank high on everyone’s list of tourist activities that attract people to Howard and Anne Arundel Counties, it is an important option.

Hunting does bring revenue to the state and counties and provides a local economic impact.

Last November, business leaders from across the state who support hunting gathered in Annapolis to announce the formation of Hunting Works For Maryland, a non-profit local grassroots partnership organization focused on explaining the role that hunting and shooting sports play in Maryland’s heritage and economic health.

“Hunters also pay an 11 percent excise tax on equipment, under the Pittman-Robertson Act, and those funds are reallocated for the express purpose of conserving wildlife habitat,” he added. “That benefits non-game animal species too, and it benefits everyone who enjoys the outdoors. These are the kinds of facts we want to make common knowledge.”

More than 88,000 people hunt in Maryland each year, including 19,000 from out-of-state, said Deb Carter, executive director of the Maryland Association of Campgrounds and also a co-chair of Hunting Works For Maryland.

“Each of these hunters spends, on average, $3,000 a year,” she said, noting that hunters contribute significantly to the thriving recreational vehicle business and campground industry.

Ruth Toomey, executive director of the Maryland Tourism Coalition, said hunters spend $128 million for equipment each year in Maryland, and more than $50 million on trip related expenses, including food, lodging, transportation, and other trip costs.

“That statistic is important to those who own hotels, campgrounds, lodges and restaurants,” she said.

Hunter spending supports 4,500 Maryland jobs paying $128 million in salaries and wages, she added, with jobs, taxes and sales resulting in a $401 million ripple effect on the state economy.

The Hunting Works for America program launched as a pilot program in 2010 in Arizona, Minnesota and North Dakota, and has now expanded to 19 states with the addition of Maryland.

According to Tony Reiss, a spokesman for the national program, the goal of Hunting Works is to help policy makers, the media and the general public understand hunting’s benefits, which aren’t limited to the economy.

“You see it a lot with game or wildlife populations that are on the decline,” he said.

“Hunters will step up and take it upon everybody’s best interest to do a lot of the conservation [work] to help these species come back. It’s hunters who are out in the field observing wildlife, who know what to look for and are participating in testing programs to help keep things like Chronic Wasting Disease (CWD) under control and manage it to stop the spread.”

CWD, a neurological disease, affects deer, elk and moose, causing brain deterioration resulting in emaciation, abnormal behavior, loss of bodily functions and death. It is widespread in Pennsylvania, and has been detected in 27 Maryland deer since 2010, according to the Maryland Department of Natural Resources (DNR) website.
Maryland’s canvasback duck population has also benefitted from hunter intervention, said Carter.

Influenced by unregulated market hunting in the early years of the 1900s, waves of drought that resulted in the Dust Bowl in the 1930s, and drainage of small wetlands in the Midwest during the 1960s and 1970s, their population collapsed.

“My dad told me I’d never see one alive and free,” Carter said, but efforts by hunters to preserve and re-estabish habitat made a difference.

“Today you can see canvasbacks everywhere again, and there are even special permits for hunting them in Maryland,” she said. “That wouldn’t have happened if hunters didn’t care.”

Since 1998, Howard County has also used managed hunts to help maintain a stable, balanced white-tailed deer population in its parks, where heavy deer browsing has been shown to reduce biodiversity. Anne Arundel County operates a similar program in its parks.

Howard County’s Deer Management Task Force Report from 1998 found that increases in residential and commercial development coupled with better land use and development practices contributed to rising deer populations by creating more of the grazing borders they need. With a decrease in the number of hunters over the years, the unchecked deer population has become problematic, causing crop and vegetation damage and increased highway accidents.

According to the Howard County Department of Recreation and Parks website, there has been an observable improvement in habitat quality and vegetation abundance in parks where managed deer hunts takes place.

“We’ve had a good response, but are getting some turnover now as hunters get older and fewer young people are getting into the sport,” he said.

Over the past five years, a total of 727 deer have been harvested through Howard County’s managed hunts.

The Maryland Office of Tourism and Development’s www.fishandhuntmaryland.com website, created by a steering committee Astel served on in 2013, is a helpful resource for anyone looking for information about where to hunt in the state.

“It tells you what’s available in the way of species in each county, where to go, license requirements, season dates, lodging, everything you need to know, particularly if you’re coming from outside the state,” Astel said. “It’s going to help us promote Maryland and its hunting industry.” 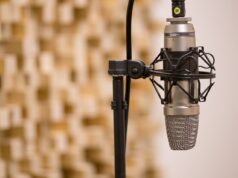 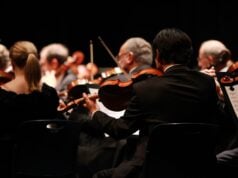