The Howard County Department of Planning and Zoning (DPZ) released a study on the fiscal impact of the Adequate Public Facilities Ordinance (APFO). The fiscal 2019 (FY19) Howard County Spending Affordability Advisory Committee previously recommended that Howard County conduct a fiscal impact analysis to study the effects of 2018 amendments to APFO.

An independent fiscal and economic consulting firm, Urban Analytics, was selected to conduct the fiscal study. Their full report can be found at www.howardcountymd.gov/Portals/0/Urban%20Anayltics%20Fiscal%20Impact%20Report%20for%20Howard%20County.pdf?ver=2019-08-02-161701-227.

According to the study, the recent changes to the school capacity test (that resulted in closing portions of Howard County to new development) could trigger less residential and commercial growth than projected in the currently adopted General Plan. The report predicts the net fiscal impact of these changes could be a reduction of as much as $63 million in net revenues to the County during the first six years following the July 1, 2019, effective date, and potentially a $152 million reduction over 20 years.

The predicted net reduction in revenue could occur because new development generates more revenue than expenditures incurred, and less new development could result in less net revenue to the County.

The study also predicts that all types of new development could generate net revenue growth in Howard County. 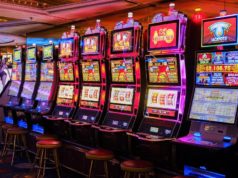