Howard Bancorp and FNB Corp. have announced the signing of a definitive merger agreement for FNB to acquire Howard, including its wholly-owned banking subsidiary, Howard Bank, in an all-stock transaction valued at $21.96 per share, or a fully diluted market value of approximately $418 million, based upon the closing stock price of FNB as of Monday, July 12.

Under the terms of the merger agreement, which has been unanimously approved by the boards of directors of both companies, stockholders of Howard will be entitled to receive 1.8 shares of FNB common stock for each share of Howard common stock they own.

The exchange ratio is fixed, and the transaction is expected to qualify as a tax-free exchange for Howard’s stockholders. Simultaneously with the parent company merger, Howard Bank will merge with and into FNB’s subsidiary, First National Bank of Pennsylvania.

“Howard Bank has long committed to building our relevance to our stakeholders as well as our impact on our communities. FNB, in turn, has a long-standing reputation in Maryland as a premier financial institution that is similarly committed to building meaningful relationships with its clients and communities,” said Mary Ann Scully, chairman and CEO of Howard Bancorp. “Our partnership will add enviable scale and greater access to a comprehensive set of products, services and broader in-market expertise that we believe will result in an enhanced customer experience for both our core commercial base and our growing retail clientele.”

FNB and Howard expect to complete the transaction and integration in early 2022 after satisfaction of customary closing conditions, including regulatory approvals and the approval of Howard’s stockholders. 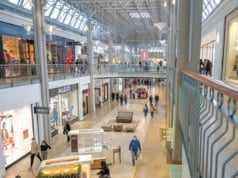