Home Uncategorized Howard Bancorp Completes Acquisition of First Mariner Bank
Howard Bancorp has completed the acquisition of First Mariner Bank. With the transaction finalized, the combined Howard team will immediately begin to implement plans for the integration of the former First Mariner’s staff, branches and systems and will relocate its corporate headquarters from Ellicott City to First Mariner’s headquarters in Baltimore City’s Canton neighborhood.
The combined organization, which will conduct business under the Howard Bank name, will operate 21 locations in the Greater Baltimore Metropolitan Area. New signage will be installed immediately at all First Mariner branch and mortgage locations.
As a result of the merger, the relocation and a strong history of both organic growth and prior acquisitions, Howard Bank is now the largest bank based in Baltimore. This acquisition brings and retains approximately 160 employees in the city.
The transaction enables Howard Bank to expand benefits, training and advancement opportunities and access to share ownership for all continuing employees. It also provides Howard Bank with the scale to increase its combined community philanthropy budget. In 2017, Howard organically grew assets by 12% to $1.15 billion, total loans by 14% to $937 million, total commercial loans by 21% to $360 million, total deposits by 7% to $864 million and total common shareholders’ equity by 53% to $132 million. 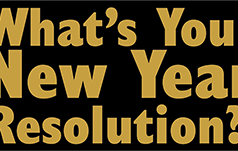