Home Archived Articles How Video Contributes to the Storytelling of Nonprofits

As a nonprofit, do you want lots of web site traffic, rapport with your audience and a surplus of donations? If the answer is “yes,” then more than likely you’ll need a strong web site with a quality video on the homepage.

According to MarketingSherpa, video attracts two to three times as many monthly visitors and doubles their time spent on a site. What’s more, Mist Media reported, having video on your landing page increases your chances of showing up on the first page of Google by 53%. Although video is often the last priority in developing a web site, it’s actually one of the most useful tools available to you.

Humans love video, and they can’t help it, either. The National Center for Biotechnology Information reported that the average human attention span is about nine seconds. That is one second less than a goldfish’s.

That’s why we need information to be interesting, to the point and visually stimulating. Diode Digital reported that, before reading any text, 60% of site visitors will check if a video is available. In fact, according to ComScore, people stay on a site two minutes longer if there’s video content.

Clearly, video on your web site is a surefire way to connect with current donors and prospects. If you don’t have a video marketing program, you may want to consider starting one.

Here’s how four nonprofits have used videos to tell their stories and promote their brands.

1. It’s Better to Show Than Tell

It’s better to show your cause than just to write about it. According to Forrester Research, watching a one-minute video is the same as reading 1.8 million words or 3,600 web pages. Because text is such a one-dimensional medium, nothing gets the point across like a good video.

Advertisers learned long ago that using video for storytelling really taps into our emotions. Research has shown that there is a connection between social bonding and strong imagery. According to Mediapost.com, strong visual imagery can cause the release of the neurochemical oxytocin, which causes feelings of trust, empathy and even love.

A video from the Maryland Heart Association provides a case in point. It shares the story of Winn Berrell, a tenacious and well-adjusted young man born with only one side of his heart. It premiered at the Association’s Heart Ball, where survivors are celebrated, along with the association’s mission, donors and volunteers.

The video earned a standing ovation. The attendees learned that despite numerous heart surgeries, Winn was leading a happy and active life. The donors saw first-hand how their contributions play a role in positive outcomes. (The video can be viewed at https://youtu.be/35_uSBhK4Sc.)

An emotional connection via imagery creates a bond with the audience. The Community Action Council of Howard County (CAC) developed a video for its 50th anniversary Holland Awards Dinner in 2015. President Bita Dayhoff wanted to raise community awareness for the services the council provides.

The video showed how funds donated to CAC keep the Howard County Food Bank stocked, impoverished children educated and shelter over the heads of needy families. It even spotlighted a devoted contributor.

Dayhoff (who confessed she cried at the first viewing) said, “It really reflected the passion of the organization, the staff, their belief in what we do, their love for our clients, for our community.” (The video can be viewed at https://youtu.be/PseqrWEEvv4.)

With more than a billion users, YouTube is a smart vehicle to showcase the work of nonprofits. It reaches more 18–49-year-olds than any U.S. cable network, with an average of 40 minutes watched per visit.

eMerge Inc., a Maryland organization that helps individuals with intellectual disabilities, developed an inspirational three-part series of videos that covered the key values and programs of the organization, from its greenhouse to its employment to its residential housing programs.

Thanks to eMerge’s embrace of YouTube, the organization’s leaders can track who is watching their videos, easily share links via social media and offer a mobile-friendly medium to champion their cause. (The video can be viewed at https://youtu.be/bLbmBu48QCw.)

Did you know the brain processes visuals 60,000 times faster than text? Keep that in mind when you begin your next fundraising campaign. It may take some planning, but the proof of success is in the statistics.

Kristy Cooper is the marketing manager and coordinating producer for Towne Group, a strategic communications company. She can be reached at kristy@townegroup.com. 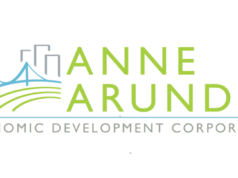