Patricia Ritter’s eyes filled with tears as she thought about her husband, Preston, who died in February 2016.

Ritter, who served as an airman in the Navy’s aviation group in the mid-1960s, was a patient at the Hospice of the Chesapeake. In December, service members from Fort Meade and the U.S. Naval Academy visited his home in Pasadena and rendered an Honor Salute in tribute to his military service.

Hospice of the Chesapeake is a nonprofit based in Pasadena that provides palliative and hospice care. Of the 450 patients who have received services at the organization, 112 are veterans.

Patricia Ritter was one of several family members of veteran patients who attended the third annual unveiling of the Hospice of Chesapeake’s Tribute Wall on July 13. The 90-minute ceremony was held at the organization’s headquarters. The wall showcases the photographs of 23 Honor Salutes conducted for veteran patients during the past 12 months. One of those photographs was of Preston Ritter.

“On behalf of my family, we thank Hospice of the Chesapeake for everything they’ve done,” said Patricia Ritter at the unveiling. “They’re awesome.”

The event began with Chief Petty Officer Tricia Stockstill, who is assigned to Joint Base Andrews and works as a DoD civilian at Fort Meade, singing the national anthem. Then Rev. Wayne Bumbry, a retired Navy chaplain, gave the invocation, and retired Navy Capt. Bill Malicki, who served 27 years including in Vietnam, was the event’s emcee. Malicki is also a patient care volunteer.

The Tribute Wall “is a formal way to pay tribute to [veteran patients] and their families for their sacrifices to this country,” he said. “So we honor them with the establishment of the Tribute Wall.”

The idea for the wall was conceived two years ago by Hannah Carr, a former volunteer coordinator, and Diane Sancillo, director of volunteer services. They both decided to formally display the photographs that are taken during Honor Salutes. Michael McHale, a former president and CEO of Hospice of the Chesapeake, suggested displaying the photographs in the organization’s conference room.

Every July, the photographs are rotated. The names of the veteran patients from the previous year’s photographs are engraved on a tribute plaque. So far, 46 names have been engraved.

In his remarks, Ben Marcantonio, the current president and CEO, said that 42 Honor Salutes have taken place in the past year.

“We sat at their bedside and listened to their stories and honored the service they have given to our country as they began the next leg of their journey of life and transition,” he said. “It is really about people taking care of people.”

A vase of 23 pink roses was displayed near the speaker podium. Malicki explained that one rose was to be given to a family member to honor a veteran patient who was photographed; a lit candle was displayed at the podium to honor veterans from the local community who had died during the past year.

Forbes praised the veteran patients, some of whom are deceased, and their family members for the “faithful service to uphold and defend the Constitution of the United States and this great nation.”

He said many of the young Fort Meade service members who participated in the Honor Salute for the organization’s first Welcome Vietnam Veteran Day had tears in their eyes after the salute.

“Some said, ‘Sir, we never knew. We did not know that those who went before us were never welcomed home,’ ” Forbes said.

Forbes said the young service members also were unaware that many Vietnam veterans were treated with disrespect, were spit upon and called baby killers. “Now is the time for us to take a stand and not allow it to happen again on our watch,” he said.

In reflecting upon the violent deaths of two black men and five police officers the week before, Forbes said that he saw a “united front” among the event’s participants.

“We are united here to say that we are going to serve someone and something larger than ourselves,” he said. “We are still a great nation.”

After Forbes remarks, family members stood by the photographs of their loved ones and shared their thoughts. An emotional Ruth Goodnow, wife of Chandler Goodnow, said her late husband graduated from West Point, served in the Army in World War II, Korea and Vietnam and retired from Fort Meade in the 1970s. He is the recipient of the Bronze and Silver Stars.

“I’m very proud of him, in so many ways,” Goodnow said. “In the short years we were married, he taught me so much about life.”

Goodnow thanked Hospice of the Chesapeake and the service members in attendance. 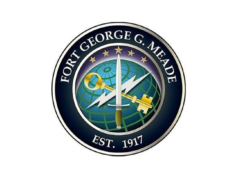 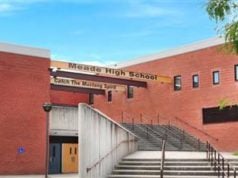 Meade High gets $113M in federal funds to rebuild