Home Art & Entertainment Do or die for Columbia’s Cultural Center

Time is running out for the Howard County Council to move $63 million in general obligation bond funds out of contingency to avoid losing the federally approved low income housing tax credits on which Columbia’s New Cultural Center (NCC) hinges.

Council Chair Deb Jung (D-Dist. 4) and Councilman David Yungmann (R-Dist. 5) proposed and passed a legislative amendment earlier this year placing the funding in contingency to allow the council more time to better understand the financing and the county’s obligation in light of its shrinking revenue streams.

The council is scheduled to vote on restoring the funds on Nov. 2.

“I still don’t see the uptick in the economy that makes me comfortable moving forward,” Jung said in a June interview with The Business Monthly.

In the intervening months, the county’s revenue outlook has worsened, prompting county planners and project stakeholders to revisit plans for the proposed NCC to make the financing scheme more economical.

On Oct. 1, the Howard County Housing Affordability Coalition hosted a virtual information session to inform councilmembers and county residents of the current state of financing and planning.

Pat Sylvester, president of the Columbia Downtown Housing Corp., said the cultural center is an integral – and binding – part of the overall Downtown Columbia Plan approved by the county council 10 years ago and updated in 2016.

Estimated benefits of the completed plan include the creation of 19,500 new jobs, the generation of $2.5 billion in wage income, and more than $11 million in annual net tax revenues to the county.

The New Cultural Center also represents the first of five sites that will provide a minimum of 900 affordable housing units serving a range of incomes.

Its nonresidential components include a new home for Toby’s Dinner which will merge with the Columbia Center for the Theatrical Arts (CCTA); two 300-seat black box theaters; dance and performing arts studios; and programming space for the Department of Recreation and Parks (DRP).

According to Peter Engle, executive director of the Howard County Housing Commission, the NCC’s 174 housing rental units contain a mix of 87 market rate apartments and 87 affordable units. An attached parking garage will provide 740 spaces, with 288 reserved for residential use.

“The Cultural Center doesn’t need all those spaces by code, so there’s a proposal to reduce that number of spaces by 120,” he said, which will shave $2.677 million from the current overall cost of about $138 million.

“We’ve done a lot to work on the Cultural Center budget over the summer,” said Carl DeLorenzo, Howard County’s Director of Policy and Programs. “We’re still in the design phase, so while we think our numbers are close, they will change, but they will be relatively small variations.”

Planners are proposing an array of financing that includes $62 million funded by General Obligation bonds, which would include $28 million supported by lease payments from the CCTA and the DRP, and $34 million in bonds supported through downtown tax increment revenues.

The financing also includes $9.8 million for a garage supported by Tax Increment Financing bonds, in addition to state grants and private donations.

Planners are projecting a combined annual revenue of $1.677 million coming from the CCTA lease and revenue generated by DRP programs.

“The debt service we want is only about $1 million, so the [annual revenue] should more than support the $28 million in bonds,” DeLorenzo said, adding that the remaining $677,000 could go toward offsetting the estimated annual operating costs of $1.4 million.

The Howard County Housing Affordability Coalition hosted the online information session to make a case for moving the project forward.

“Clearly the COVID situation has raised everybody’s concerns about everything,” Sylvester said. “We are trying very hard to address questions and concerns so funding can be approved.”

She and other plan advocates fear that losing the affordable housing tax credits could make it harder if not impossible for the county to secure additional federal funding for future downtown projects called for in the Downtown Plan.

“The likelihood that Peter [Engle] and the Commission would be able to get money for the library, the fire station and the transit center becomes very unlikely and the whole plan is jeopardized,” Sylvester said. “If we cannot move forward on this plan, Downtown Columbia is in big trouble.”

Pending the outcome of the council’s vote, New Cultural Center construction could begin in the spring of 2021 and could be completed by the end of 2024, which is the deadline for using the federal tax credits. 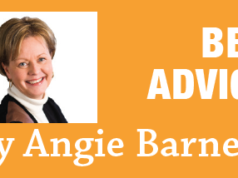