If Erickson Living at Limestone Valley is eventually approved by the county’s zoning board, the continuing care retirement community (CCRC) would rise near the intersection of routes 108 and 32, in Clarksville.

Lack of inventory and long waiting lists aren’t the only issues in the senior housing market.

The tight market isn’t a surprise given the Baltimore area’s occupancy rate, according to Beth Mace, chief economist with the Annapolis-based National Investment Center (NIC) for Senior Housing and Care.

In a market that encompasses independent and assisted living and memory care, Mace noted an occupancy rate of 92.4 percent in the Baltimore area, which is the second highest in the country out of the 31 largest metro markets; the lowest is Houston, at 80.9 percent.

Lana Peck, NIC senior principal, noted occupancy rates of 87.1 percent in Howard County and 91.9 percent in Anne Arundel; the highest in the area is Harford County, at 96.7 percent.

In Anne Arundel, Arbor Terrace Waugh Chapel is set to open this spring; with Bay Village Assisted Living & Memory Care in Annapolis, and Spring Arbor Crofton to open later this year; Brightview Crofton Riverwalk will debut in February 2020. In Howard County, only Arbor Terrace Maple Lawn is in the pipeline. It will open this spring.

All of that construction “lends to downward pressure on occupancy,” said Peck. “While most seniors remain in their residences” – the penetration rate of seniors aged 75-plus households is 11.9 percent (nationally, it’s 10.8 percent) – “we’re finding more are opting for the senior living lifestyle, due to the socialization opportunities, hospitality, sophisticated wellness programs and fewer responsibilities.”

The Business Monthly requested an interview regarding Limestone Valley, which would encompass 1,200 independent living units and a combination of 240 assisted living and skilled nursing units, for this article, which was denied by Erickson. Instead, the company issued this statement after the recent public meeting at the George Howard Building, Ellicott City.

“We are pleased that the Planning Board voted unanimously recommending approval of the Erickson Living at Limestone Valley community subject to the Department of Planning and Zoning’s final recommendations,” said Sean Sands, executive vice president, business strategy and development for Erickson. “We look forward to the next step in the process, with the goal of bringing Erickson’s vibrant retirement lifestyle to seniors in Howard County.”

“Howard County is growing older at one of the fastest rates of any place in Maryland, with the population aged 65 and older doubling over a decade. People want to age in place here because of the tremendous quality of life,” said Snelgrove. “But older residents consume more health care, and HCGH is committed to working with community partners to create an effective and seamless health care delivery system for them.

He said, “Part of our goal is to make sure people don’t have to come to the hospital because their chronic conditions are being properly managed and they have the social supports – housing, food and transportation – to keep them well,” he said. “CCRCs are valuable partners. They are designed to provide those social supports, and also have health care resources on site.”

Snelgrove added that help is needed at HCGH, too. “The truth is, our hospital does need more infrastructure and programs to serve this aging population,” he said, “and it is through working effectively with these communities that we can manage resources and build the system of care we need.”

As for Limestone Valley, the Howard County Planning Board recommended that the county’s zoning board (the County Council) approve the rezoning of 62.1 acres to allow the development of the CCRC at the recent public meeting.

Erickson submitted a petition to the county last November to amend the zoning of three properties at the intersection of Route 108 and Sheppard Lane. The change to a Community Enhancement Floating Zone was needed to move forward with plans to construct the project. The planning board reviewed the submissions and made its recommendation to the zoning board. If the project is eventually approved by the zoning board, Erickson Living will be able to submit plans to the county for the development of the CCRC.

Today, three more projects that could include senior housing are also in the queue for hearings: Hickory Ridge Village Center, the Elm Street Development/Roberts Property on Route 1 and the Enterprise Homes proposal on Route 108 at Sheppard Lane.

“I understand that the units would be priced in a range that is suitable for the local market. I hope the number of moderately-priced units would exceed the 10 percent that is required by the county’s department of housing,” Madachy said, adding, “Know that the skilled care doesn’t even need to be on the campus, just nearby. That’s the case with the Lutheran Village at Miller’s Grant,” in Ellicott City.

Cimino agrees. She said the county “is working with Erickson, and Erickson has been cooperative,” noting that enhancements like an expanded roadway, a traffic light, sidewalks and more open space are part of the discussion.

“Therefore, I would like to see Limestone built, too,” she said. “Our population is aging, and while there are several senior developments in the county that offer affordable units, we’ve been told in various ways that there are not enough of them.” 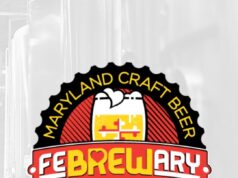