Following years of passionate debate and changes, the Howard County Council approved funding for the New Cultural Center in downtown Columbia on Jan. 4.

“I view this project on par with the County Circuit Courthouse,” Walsh said. “I don’t think it’s well thought out, I don’t think it serves a public interest and I think it’s an incredible waste of public funds.”

In her opinion, Walsh said the deal shifts all of the risk and costs to the county and moves potential profit centers to private interests.

“I couldn’t have supported the project terms that were presented to the Council in April,” Yungmann said. “I believe the terms we have improved dramatically.”

Jung expressed disappointment in changes made to the original version of the Memorandum of Understanding that she drafted jointly with Yungmann to address governance.

“The pandemic made it really clear that we needed to mitigate business risks to the county if the proposed anchor tenants … could not meet their proposed financial projections,” she said. “The final agreement did not protect the county as much as our original draft.”

The New Cultural Center will cost an estimated $137 million, including $64 million in secured federal tax credits for the affordable housing component, $63 million in general obligation bonds to be issued by the county and $10 million in tax increment financing subsidy bonds tied to the project’s parking garage.

In an earlier interview with The Business Monthly, Carl DeLorenzo, Howard County’s director of policy and programs, said the project would have to move forward rapidly beginning in the spring of 2021 to ensure completion by the end of 2024, the deadline for using the county’s federal tax credits. 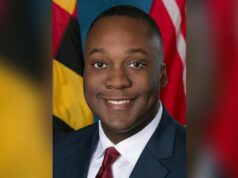