Alexandra Franco once shared a toy box with actor and filmmaker Edward Norton — one of her earliest memories from her first days with the Columbia Center for Theatrical Arts (CCTA). The CCTA boasts not only Norton but also many Broadway stars and musicians as alumni.

CCTA’s productions are well-regarded by both participants and audiences as high-quality, professional-level performances. “We have what I believe is the best theatrical training in the state,” said Franco, CCTA’s managing director. “We give people all the tools they need to be successful in a theatrical career.”

But Franco is even more proud of the way that her organization uses the arts to inspire and invoke change within individuals and the community. “There are a lot of theater companies that are all about the performance and applause,” said Franco, “but CCTA is about using performing arts as an educational tool to create good people.”

When children are comfortable onstage, it’s an important confidence builder, she added. “Every child will need to communicate their ideas in whatever profession they choose. In every CCTA program, there is an element of teaching and growing life skills.”

Franco knows firsthand how being encouraged onstage can change the way someone views him- or herself, especially young people. “I was always kind of a chubby kid, but I always felt beautiful onstage,” she said.

Before she became managing director, Franco’s son was born with some physical and learning disabilities, and was going through a phase in his life when he was having difficulty feeling like a success in school and sports. “I put him in the CCTA, and immediately his differences were celebrated,” she said. He’s now a college student majoring in theater and education.

Another important mission for CCTA is ensuring that all children have access to the arts. CCTA offers programs to children in Baltimore, as well as performances featuring professional actors from Toby’s Dinner Theatre. “For many of them, it’s the first time they’ve seen a live theatrical performance,” said Franco.

CCTA will celebrate its 45th anniversary next year. It was founded by Toby Orenstein, who moved to Maryland with her husband in 1959. After several years of teaching, directing and producing, Orenstein was asked by Jim Rouse to create a theatrical arts school for the new city of Columbia.

“It’s hard to believe it’s going to be 45,” said Orenstein. “I’m bursting with pride. We have people all over in the field: on Broadway, in film, plus a lot of teachers, a lot of directors.”

CCTA has started new programs over the years that reach even more people. “About nine years ago we started a program that combines theater arts with speech therapy,” said Franco. “Now we have those programs at three high schools and also through a partnership with the Howard County General Hospital.”

CCTA also has a thriving scholarship program, and cultivates partnerships with local business sponsors. People can choose to sponsor an individual child through a specific program, as well. “What we see is these kids get the reinforcement that their life matters to someone,” said Franco. “Someone believes in them.”

Many CCTA participants become inspired to teach the performing arts themselves. Lily Ulman, 10, is one of them. She has enrolled in CCTA’s summer camps where, she said, “we play games, we go outside, and we put on an amazing show.”

Ulman has been involved with CCTA for three years. She played parts in Aladdin — one of her favorites — as well many other shows. “I don’t get nervous because I have been in so many performances,” she said. “We got to perform at Merriweather [Post Pavilion] one year. That was amazing.”

She has also performed at the national Christmas tree lighting in Washington, D.C. Ulman believes she’d like to be a music teacher. “I love acting and music, but I also love teaching and helping kids,” she said.

Eighteen-year-old Emily Smith has been involved with CCTA for four years. She recently finished her freshman year at American University, where she is majoring in musical theater and education, with a minor in Spanish. She would like to pursue a career in education and performing arts, with teaching on the side.

As part of the “Young Columbians,” a youth ensemble, she performed in many different settings: the Mormon Temple in Washington, D.C.; senior homes; outdoor spaces (sometimes in the rain); Toby’s Dinner Theatre; Merriweather Post Pavilion; yoga studios; and many more locations.

“It was cool because we had to adapt,” she said. “There is no program in the area that hones skills in this way. No gig was the same. It really kept me on my toes and helped my professionalism.” 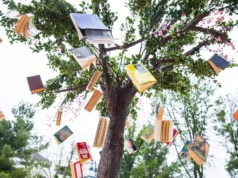 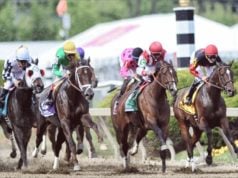 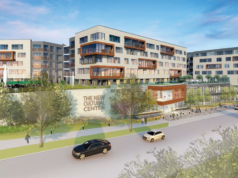