The Howard County Police Department and the Howard County Department of Fire and Rescue Services are occupying the American Cities Building in Downtown Columbia for training for the next two months, prior to the razing of the vacant office building to make way for redevelopment of the Lakefront District. Demolition of the building is set to begin as the BizWeekly was distributed. The building is owned by The Howard Hughes Corp. (HHC), the master developer for the revitalization of Downtown Columbia. All of the building’s tenants have been relocated; most recently the Post Office moved to 50 Corporate Center at nearby on 10500 Little Patuxent Parkway. As part of the transition, the “Bear and Nursing Cubs” sculpture at the corner of the American Cities Building will be moved and stored for future relocation, along with an accompanying plaque listing the names of every employee of The Rouse Company on its 30th anniversary.

The Lakefront District is the next area of concentration for HHC as it implements the Downtown Columbia Plan, which guides the redevelopment process. The plan was unanimously passed by the Howard County Council about nine years ago. It calls for the transformation of the 50-year-old center of Columbia into a walkable, urban core. Investments to date in the area made since the passage of the Downtown Columbia Plan including the development currently underway in the Merriweather District are already approaching $1 billion.

In April of last year, the Planning Board approved plans for Phase 1 of the Lakefront redevelopment including demolition of the American Cities Building and the former Copeland’s restaurant and transformation of surface parking to make way for future redevelopment to produce the following.

In addition, Phase 1 of the Lakefront District redevelopment will feature:

● A new open space amenity area called the Lakefront Connection, which will increase access and visibility to Lake Kittamaqundi
● The Lakefront Neighborhood Square, which will serve as a gathering space and the site of the Howard County Veterans Monument
● An expanded network of pedestrian and bike-friendly public and private streets to enhance connectivity throughout the neighborhood 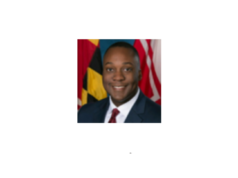