“Keeping Marylanders moving takes more than a one-size-fits-all approach. Congress and the federal government continue to be reliable partners in funding the type of transportation infrastructure that local communities request and need. Cars are only one piece of an effective multi-modal plan. The focus for all is reliability, safety, less gridlock and less pollution,” said Cardin.

Below are some of the important transportation-related provisions in the fiscal 2021 omnibus packages:

Baltimore-Washington Parkway: $100 million was appropriated for the Nationally Significant Federal Lands and Tribal Projects (NSFLTP) program, a $30 million increase. The National Park Service could choose to apply for such funds to address the Clara Barton Parkway in Montgomery County/DC and the Baltimore-Washington Parkway in Prince George’s County, which had major repair issues in the spring and summer of 2019. Funds are directed toward roadways that in the prior three fiscal years have been closed or had speed restrictions due to unsafe travel conditions because of the roadway’s infrastructure condition and maintenance.

MARC: The package provides $200 million for the Federal-State Partnership for State of Good Repair that funds the replacement, rehabilitation, and report of major infrastructure assets that are utilized for providing intercity passenger rail service.

Low-Emission Buses: Within the Federal Transit Administration $516 million Transit Infrastructure Grants program, $125 million is set aside for the purchase of low- or no-Emission vehicles. Maryland jurisdictions have received millions of dollars of grants from this program, which supports the 2019 law enacted by the Maryland General Assembly that mandates that school buses purchased after Oct. 1, 2019, must be “zero-emission vehicles.” This is a $50 million increase from the previous fiscal year. 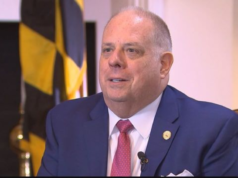