With 100 percent of precincts reporting, Ball claimed 52.3 percent of the vote, while Kittleman garnered 47.6 percent.

An extension of voting hours in Prince George’s County due to ballot shortages prompted the Maryland Board of Elections to delay the release of county precinct returns throughout the state, leaving Howard County poll watchers in the dark for most of the night.

When the initial precinct tallies were finally released, shortly after 10 p.m., Ball held a notable lead that dipped slightly but was never in doubt.

Scarcely a half hour after the initial numbers were posted, Kittleman arrived at the Democrats’ watch party at Kahler Hall in Columbia to concede his loss and congratulate Ball in person.

“I felt it was the right thing to do,” Kittleman said.

Acknowledging his victory before a jubilant crowd of supporters, Ball read an excerpt from Rudyard Kipling’s poem “If” and thanked his wife and daughters for their support.

“We sat down early on and I told them I wanted to serve and I wanted to do more, and it was a family decision,” Ball said. “Today, while it feels like an ending, is just a beginning. This is the beginning of writing the next chapter in our shared community.” 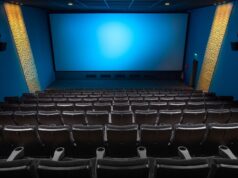