BWI Thurgood Marshall Airport checked in at no. 8 on the Wanderu list of The Best & Worst Airports for Food in the U.S. Wanderu stated the following about BWI Marshall, which features 28 restaurants and 12 high-rated restaurants:

“Fresh, healthy and authentic may not be the first three words that come to mind when you think of airport food. But changing that perception is the idea behind Gachi House of Sushi (which Wanderu rated the airport’s top facility), located in both Piers A and B of BWI. The restaurant opens daily at 5 a.m., but if raw fish in the morning doesn’t sound appetizing, there’s also fruit sushi and a breakfast sushi that’s better suited for an early wake-up call.

“If crab cakes (and football) are more your style, grab a seat at Obrycki’s Restaurant and Bar. Serving “crab cakes and more since 1944,” the Concourse B spot offers its original recipe and a spicier version – on a platter, a sandwich, or even frozen and packed in an insulated bag to shove in your carry-on.” 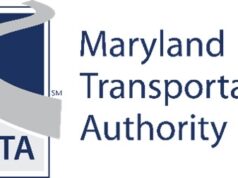