The Drama Learning Center (DLC) has been serving Howard County for more than 30 years, teaching drama and theater skills to students from the ages of 3 to 18. Its mission is to teach self-expression, creativity and cooperation using drama. Even if the students do not pursue drama later on in their lives, it is the hope of the DLC that they leave with these values.

DLC recently has completed an expansion to accommodate its ever-growing need to cater to more and more students. It offers a range of programs, from cursory introductions to acting, to focused and specific classes aimed at students with a real interest in drama. These focused classes include courses on résumé building, auditions and voice lessons.

For students who are more interested in the technical aspect of theater, the DLC offers skills-based courses on lighting and sound design, as well as stagecraft.

DLC also offers a range of summer camps. These camps, like the programs during the school year, are a mix of production- and skills-based courses, but the students who enroll in these camps are not necessarily otherwise involved in drama.

“We see kids whose parents have just decided that their children are going to do this activity and see whether or not they like it, and we see students who have a real affinity for drama at a young age,” said Tiffany Underwood Holmes, arts administrator and resident musical director of DLC.

“We see a symbiotic relationship between DLC and RBTC,” said Holmes, who is also managing director of RBTC. “We see students from DLC coming and patronizing RBTC, and at the same time we get a lot of fresh, young talent coming to perform on the Red Branch stage, so we’ve seen a lot of people coming through our door as an actor on the Red Branch stage and they continue to become a teaching artist at the Learning Center.”

Although the two organizations are housed in the same facility and overlap staff, they are separate entities. RBTC, however, is currently in the process of splitting off from its parent organization, the Williams Theatre Group, with the purpose of becoming an independent, nonprofit organization, but plans to stay at the Drama Learning Center facility.

The Drama Learning Center has had an eventful year thus far in 2015. In addition to the expansion, it recently signed an official partnership agreement with the Howard County Public School System. This partnership allows it to more easily offer services to local schools, including bringing schools to the DLC on field trips to see shows and integrating arts programs into the classroom.

The DLC also offers both production- and skills-based after-school drama programs to area schools. The students will study songs and scenes for as short a time as six weeks or as long a time as six months, with the ultimate goal of putting on a play for family and friends.

Holmes calls Howard County “a hub for artistic activity.” As one component of this hub, she feels that the DLC can cooperate, instead of compete, with other local arts programs and theater companies.

For example, DLC recently hosted four original shows put on by Try It Out Theatre, another local theater company and an official partner of RBTC. DLC does not have many partnerships with other theater organizations, but the venue is often rented out to third parties for concerts, performances and other similar events.

The Drama Learning Center may be 30 years old, but the current owner, Stephanie Williams, took over the center only nine years ago. Williams has an extensive background in theater and the arts and calls running DLC “the realization of an incredible opportunity to follow a lifelong dream.”

Under her leadership, the center has experienced steady growth year after year. In her time at DLC, revenue has tripled, and it has hired several new staff members. Williams is confident that with the new expansion of its facilities, DLC will be able to expand further and serve even more students.

This reflects some of many positive changes for the Drama Learning Center. The center has raised several successful crowdfunding campaigns, the most recent of which replaced all of the seats in the main theater. The Drama Learning Center plans to start a new campaign soon in order to update and add on to its recently added spaces, as well as update its technology.

Christian Hwang graduated from Glenelg Country School and will attend Ursinus College in Pennsylvania in the fall. 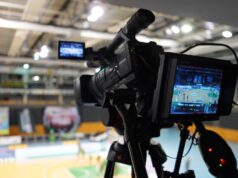 Next Level renews agreement with NCTC