“There are not many people from those communities in that part of the industry,” said Tewodross Melchishua Williams, chair of the Bowie State University (BSU) Department of Fine & Performing Arts.

Now,  LAIKA Studios is partnering with BSU to offer the nation’s first stop-motion animation studio at an HBCU (Historically Black Colleges and Universities).

Stop-motion animation works with real objects on film to create the illusion of reality.

The goal of LAIKA’s recruiting team is “to find the best talent and develop an equitable hiring pipeline,” said Arianne Sutner, the studio’s head of production and a thrice Oscar-nominated producer and a Golden Globe winner.

“A LAIKA film requires a huge group of skilled professionals from varying backgrounds and experiences to ultimately bring the script to the screen,” said Sutner. “It’s the culmination of diverse perspectives collaborating that give any project its voice and creates meaningful connections with audiences.”

LAIKA, one of the few stop-motion studios in the U.S., is excited to partner with BSU, Maryland’s first HBCU.

“This partnership was in part brought to life thanks to Tewodross Melchishua Williams,” she said, “who with his own personal background in stop-motion animation, and with his aspirations to introduce a stop-motion curriculum to his department, was the perfect partner for us.”

Williams said BSU aims to have the new studio up and running no later than 2022.

“It will cost the university nothing,” he said. “LAIKA is paying for setting it up and plans to offer some internships, too.”

The new offering will fall under visual communication and digital media art’s bachelor’s degree program, within the animation and motion graphics concentration.

“We’re just trying to meet market demand in the field of animation,” he said. “Our focus has been 2-D, 3-D animation and motion graphics. We’re adding stop-motion animation because we’re seeing more of it in children’s programing, television animation and film, not only here in the Maryland but throughout the DMV (the District of Columbia, Maryland and Virginia).”

Most stop-motion production, said Williams, comes out of New York, Florida, the West Coast and Georgia, which has been a hotbed of production for many years due its generous film and video production incentives.

“Outside of those domestic markets, the biggest producer of animation is South Korea,” he said. “So, we’re also trying to make Maryland more attractive to film producers who can take advantage of the film incentive money that is available here, especially since a portion of it is available to independent producers.”

Williams said, “We’ll also be looking to partner with local community colleges as well as reaching out to the Maryland Institute College of Art and other four-year schools that don’t have a stop-motion program.”

He was optimistic about this rather sudden increase in Maryland’s production profile. “Things,” he said, “are starting to change.” 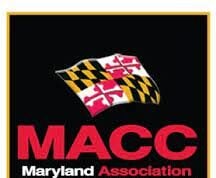