Howard County Executive Calvin Ball and Congressman John Sarbanes heard from nearly 30 federal contractors who described the impact of the recent historic 35-day government shutdown. The roundtable, held at the offices of Sparksoft, in Columbia, was hosted in partnership with the Howard County Economic Development Authority and the Howard County Chamber of Commerce.

Some contractors who attended called for passage of legislation to ensure they would be paid during a shutdown. Others indicated they are now seeking shutdown clauses when they enter into new contracts.

One minority-owned subcontractor who does marketing work for the U.S. Coast Guard said she hasn’t received payment since November, while another expressed fear he will lose good employees to jobs that promise more stability and uninterrupted paychecks; some contractors indicated they would make no profit this year because of the shutdown. Video of the event can be found at https://bit.ly/2G9MTcp.

Howard County Government and its community partners are continuing to provide special support services for those federal employees and contractors who were affected by the shutdown. A complete list of those services can be found at https://bit.ly/2Gb2I2u. 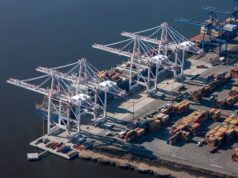