Anne Arundel County Executive Steuart Pittman joined the Chesapeake Bay Foundation, the District of Columbia and the states of Maryland and Virginia to announce potential legal action against the US Environmental Protection Agency (EPA) for its failure to enforce the Clean Water Act and protect the Chesapeake Bay.

Anne Arundel County has more than 500 miles of shoreline along the Chesapeake Bay and its tributaries, and residents and tourists flock to the county to enjoy fresh seafood and recreational opportunities. Travel and tourism spending in the county is estimated to exceed $3.5 billion annually, providing support for over 30,000 workers. The county has invested more than $0.5 billion over the last decade in upgrades to its wastewater treatment plants and stormwater infrastructure to protect this vital natural, economic and cultural resource.

“Anne Arundel County residents have invested far too much in the Chesapeake Bay restoration effort to watch from the sidelines as the EPA abandons its obligations,” said County Executive Steuart Pittman. “Since the federal government refuses to lead, placing our local economy, our residents, and our very way of life at risk, I must ask the courts to intervene and make them lead.”

While Anne Arundel County, along with many other municipalities and states, have made significant investments to restore the Chesapeake Bay in accordance with the EPA’s restoration goals, Pennsylvania and New York have failed to meet similar goals.

Rather than forcing these states to revise their latest plans, the EPA accepted plans that will not achieve clean water goals. A letter was sent to EPA Administrator Andrew Wheeler and Attorney General William Barr notifying them of Anne Arundel County’s intent to sue within 60 days. The letter is available at www.aacounty.org/news-and-events/news-resources/Notice%20of%20Intent%20to%20Sue%20for%20Failure%20to%20Comply%20with%20Clean%20Water%20Act%20and%20the%202014%20Chesapeake%20Bay%20Agreement.pdf 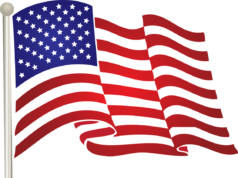