He began his studies at The Johns Hopkins University at the age of 16 and received his law degree from the University of Maryland. He began his law practice in Annapolis with the late Bowie Rose and thereafter opened his own firm, associating with numerous partners over the years, the last being Blumenthal, Delavan, Powers & Palmer. At the time of his death, he was acting of counsel to the firm Liff, Walsh & Simmons.

Blumenthal represented real estate developers in countless projects including the planned community of Crofton, expansion of the Anne Arundel County Medical Center, redevelopment of the Laurel Race Track, Annapolis Technology Park, South River Colony and Marley Station. He assisted thousands of private clients, some over several generations, to obtain zoning approvals to use and develop their properties. He also lobbied on behalf of commercial clients at both the local and state level. He served as counsel to the Anne Arundel County Board of License Commissioners overseeing Liquor Board hearings for more than two decades. He was also a member of the Anne Arundel County Bar Association and the Anne Arundel County Chamber of Commerce, as well as the Partnership.

He is survived by his wife of 59 years, Linda Applefeld Blumenthal; his son Ned Blumenthal and wife Renay, and grandchildren Michael Charles and Rachel Lynn; his daughter Joan Richardson, her husband Elton Parnell and grandchild Lesley Funk; and his sister, Rona Rosenbaum.

Donations in his memory may be made to the Anne Arundel Medical Center, care of the AAMC Foundation, 2000 Medical Parkway, Belcher Pavilion Suite 604, Annapolis, Md. 21401. 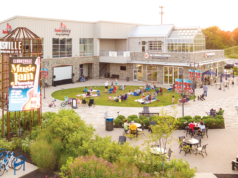 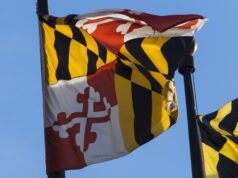