How does Jupiter’s atmosphere generate the most powerful aurora in the solar system? What processes give rise to the bizarre activity we see in the sun’s corona? Could we really dodge an asteroid bullet aimed at Earth?

Though fairly straightforward, these are some of the most vexing questions that remain unanswered after decades of space exploration.
Researchers at The Johns Hopkins University’s Applied Physics Laboratory (APL), in North Laurel, are edging closer to discovering these answers, contributing to a current NASA mission studying Jupiter and preparing ambitious in-house missions that will focus on the sun and on the ability to deflect the path of a potentially dangerous asteroid.

So far, Jupiter has proven much more mysterious than researchers thought, particularly in terms of its auroras — northern and southern lights — that can be observed above the planet’s polar regions.

“Our findings are very different than what we expected based on studies of Earth’s own auroras,” Mauk said.

Both planets exhibit auroras when charged particles from the solar wind bombard their upper atmospheres. In the case of Jupiter, JEDI also detected similar electron beams that travel upward from the planet along Jupiter’s magnetic field lines, some of them up to 1 million electron volts strong.

“There is some kind of turbulent acceleration at work that we don’t yet understand,” Mauk said.

“There seem to be a lot of dynamic processes going on above Jupiter’s aurora that pump a lot of energy into the atmosphere,” said George Clark, a JEDI team member from APL. “We’re not sure why the processes are different from what we might see on Earth, or elsewhere in the solar system, but it’s something we can’t wait to figure out.”

On July 10, Juno came within 2,200 miles of Jupiter’s iconic Great Red Spot to take a closer look at the storm that has raged continuously for nearly two centuries and possibly longer.

During the maneuver, JEDI detected something interesting: “a previously unknown radiation belt right up against Jupiter’s atmosphere, inside of the planet’s rings,” Mauk said. ‘It’s hard to understand how charged particles get transported across the rings to the inner atmosphere.”

Investigators speculate they are seeing ions, not electrons, in the belt — charged particles that become neutralized as they cross the rings and then undergo ionization inside the rings.

JEDI’s findings will help researchers better characterize Jupiter’s radiation environment, which will aid in planning future research missions to the planet, as well as future missions to other planets.
“If we can understand the generation of radiation belts at Jupiter, we can better understand the same processes we might find at Neptune or Uranus,” Mauk said. “It’s also a jumping-off point to understanding how these processes apply to other astrophysical (solar) systems; Jupiter is the closest model we have to some astrophysical systems out there.”

Targeting a non-threatening binary asteroid system consisting of Didymos A, about one-half-mile in diameter, and the smaller Didymos B, about 530 feet in diameter, DART will attempt to impact the smaller of the two bodies on a close approach to Earth.

“With DART, we can show how to protect Earth from an asteroid strike with a kinetic impactor by knocking the hazardous object into a different flight path that would not threaten our planet,” said APL’s Andy Cheng, co-lead for the DART investigation.

Estimated to cost only $300 million, the short duration mission will simply launch and steer itself into the asteroid. Ground based telescopes will confirm any deflection in the smaller asteroid’s path by measuring the binary system’s known orbital period before and after impact.

The refrigerator-sized DART will carry only a camera that will act as a sensor to autonomously guide the spacecraft to impact.

According to Cheng, the test planned for October 2022 aims to demonstrate that a small nudge to change an asteroid’s speed by a small fraction is enough to create a big shift in its path over time and direct it away from Earth.

“We have five years to plan,” Cheng said, venturing that the nation could possibly repurpose another payload for a real impact mission in under a year, should a sudden emergency be identified.

For the DART mission, velocity on impact will be approximately six kilometers per second, which is roughly nine times the speed of an AK-47 bullet.

“[Didymos B] is a large enough object that … it would devastate much more than just a metropolitan area, a large region,” Cheng said. “We should have preliminary, first indications of results within two weeks after impact.”

In 1958, a National Academy of Sciences committee drafted a list of a dozen or so top-priority scientific missions. To date, they’ve checked everything off the list except for one item: a solar probe to explore the regions around the sun.

“Technology has kept us from doing it,” said Jim Kinnison, mission systems engineer for the Parker Solar Probe (PSP) being built at APL. “The heat shield technology we’re using, our double protection system, is the driver.”

APL spent several years developing the shield technology and the autonomous systems that will continuously orient the craft to keep its instruments protected from the intense heat and sunlight it will fly through. APL has also had to adapt solar arrays to function in an environment delivering 475 times more sunlight than arrays on Earth typically receive.

PSP will use seven gravity assists from Venus to ultimately position the 3.5-meter craft inside the corona and within 10 solar radii of the sun, about 3.9 million miles from the photosphere.

Among the mysteries its particle detectors and other sensors will study is why the corona is so much hotter than the sun itself: it’s more than 2 million degrees Celsius, as opposed to a surface temperature of 6,000 degrees Celsius.

Moreover, she said, parts of the atmosphere above the sun can suddenly energize and move away from the sun at 1 million miles per hour, carrying the sun’s magnetic field along with them.

“There have been many theories for why it happens, but none of them stand the test of time,” Fox said. “We see a lot of flares, sunspots, coronal mass ejections; we’ll be in the right place to study those also.”

Costing $1.5 billion, the mission duration of seven years should provide a much better understanding of the solar cycle, Fox said.
“We will launch around solar minimum … and we’ll finish on solar maximum as we’re coming on the downward slope of the solar cycle,” she said. “Having maximum and minimum in that seven years is just perfect.”

PSP’s instruments will cover the full energy range of solar particles, measuring magnetic and electric fields, and detecting eddy currents and vortexes in the solar plasma.

A white light imager will take the first high-resolution images of the solar wind itself, as the spacecraft flies through the corona at 450,000 miles per hour.

According to Kinnison, PSP’s launch window of July 31 through Aug. 20, 2018, enables a direct flight to Venus to begin the first gravity assist maneuver three months after launch. “We’ll be operating and getting our first science return within weeks of launch,” he said.
Renamed recently for astrophysicist Eugene Parker of the University of Chicago, whose work has been instrumental in understanding how stars interact with the planets around them, PSP is the first NASA mission named for a living individual.
“It’s really is the coolest, hottest mission under the sun,” Fox said. 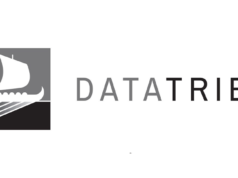