Home Archived Articles And The Best Goes On …

As the 2015 summer concert season comes to a close, Merriweather Post Pavilion will not only end another season of outstanding performances, but also finish the first phase of exterior renovations to the 48-year-old venue.

The final weekend of the season will be packed with performances from a lineup of country stars as WPOC’s annual “Weekend in the Country” returns on Oct. 3 and 4, and will provide the first glimpses of the additions that will be part of the years ahead.

Although Merriweather’s on-stage performances began in May, the renovations that signify the beginning of the venue’s five-year makeover started far earlier — in February. Construction continued through the season, beginning with the redesigned West Entrance.

To date, the completed additions include two new concession stands and a larger box office, as well as new merchandise stores. The final upgrades to the entrance, which represent the final piece of the first phase of renovations, will be the completion of a larger snack bar and new restrooms.

With a commitment to ensure renovation activity was virtually inconspicuous, patrons’ experience was what they’ve come to expect from seasons past. On May 1, the M3 Rock Festival kicked off the season, as it had the year before. This year’s festival, featuring KIX and Queensryche, added a second stage to accommodate the numerous entertainers.

Sunday of the same weekend brought the return of DC101’s Kerfuffle, with Incubus, The Offspring and Panic! headlining 2015’s show. The popular Florida Georgia Line performed to a sold-out crowd the next weekend, adding a little bit of country to the season’s early, rock-filled lineup.

This summer, however, was most notably highlighted by the May 14 star-studded, “Dear Jerry: Celebrating the Music of Jerry Garcia” arrival at Merriweather. The show brought together an extraordinary collection of musical talent to share and honor the life and music of the late Jerry Garcia.

The venue hosted all-time greats, including Bob Weir, Phil Lesh, Mickey Hart and Bill Kreutzmann’s Billy & the Kids. This “concert event of a lifetime” also featured Bruce Hornsby, Eric Church, Widespread Panic, Los Lobos and many more. For one May evening, Merriweather Post Pavilion, which had hosted Garcia’s Grateful Dead in 1985, ’86 and ’87, was befittingly renamed, as one road sign proclaimed, “Jerriweather Post Pavilion.”

From Capital Jazz to Warped Tour

Kenny Chesney returned to the Merriweather main stage in mid-May with Jake Owen, and the show-filled month ended with a return visit from the Sweetlife Festival, which upgraded its fifth straight appearance at the venue by adding an extra day. The event included performances from top artists Kendrick Lamar, Calvin Harris, Billy Idol, Pixies and Marina and the Diamonds.

June opened with the perennial return of the three-day Capital Jazz Fest, featuring performances that filled two Merriweather stages with the likes of Boney James, Roy Ayers, Patti Austin, Kenny G and Michael McDonald. This year’s expansion of the festival into Symphony Woods brought new space and provided guests with a place to relax under the trees. The month was rounded out with visits from indie rock favorite Florence + the Machine, Mumford and Sons and rising star Hozier.

July marked the return of the annual Van’s Warped Tour, a favorite for high schoolers and college kids who spread across the 40 acres, watching more than 100 bands on seven stages. And July hit another high mark by the first visit of multi-Grammy-winner Sam Smith, who mesmerized the near-capacity crowd with his melodious tones and stage presence.

Summer Spirit Festival returned in August to a sold-out crowd with headliners Erykah Badu, Anthony Hamilton and Floetry, among others. Specifically for this show, the west side of the property was outfitted with a high-definition LED video screen for an added viewing area under the tree canopies in Symphony Woods.

Phish made its annual two-day stop on the Merriweather stage in August, and local favorite O.A.R. also returned, marking its 11th year in a row playing its hometown amphitheater. Legendary, yet still current, Willie Nelson and the Old Crow Medicine Show also arrived in August, as did another country favorite, Darius Rucker.

The End, And Looking Ahead

WPOC’s “Weekend in the Country,” featuring stars Brantley Gilbert and Sam Hunt, will mark the official end of the summer concert season. Yet Merriweather’s commitment to providing great future seasons for guests and performers alike will continue with the completion of the Western Entrance upgrades and the scheduled fall start of the second phase of renovations, including a new stage house, backstage area and state-of-the-art dressing rooms.

While the 2016 season undoubtedly will open with the many planned improvements already in place and others being completed during the summer, concertgoers can rest assured that one thing will not change: the venue’s enduring desire to give every guest an unforgettable Merriweather Memory.

Carol Marrion is office manager at Merriweather Post Pavilion and can be reached at 410-715-5550 or carol@merriweathermusic.com. 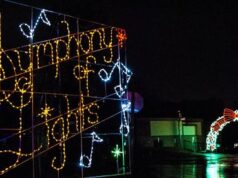