Redevelopment and new construction are in full swing in all of downtown Columbia’s neighborhoods.

Revitalization efforts have breathed new life into several Village Centers, and others are now moving in that direction.

One thing they all share is a connection with the Columbia Association (CA), the management organization that oversees the financing and maintenance of the planned development’s common-use facilities.

The CA is pursuing its own efforts to evolve alongside the community it serves, but that story has gone largely unnoticed in the shadow of all the noise and activity downtown.

“We’re trying to make sure that we are positioning our services to reflect the demographics of the individuals that will live here,” said Milton Matthews, the CA’s president and CEO.

To get the word out, the CA launched a new Live Life Larger brand campaign in January targeting print ads, online digital banner ads, television and radio commercials and other marketing avenues.

“We’re evolving along with the community, but we want to make sure people in Columbia and Greater Howard County are aware of the role the Columbia Association plays in the high quality of life here,” said David Greisman, the CA’s communications manager. As the third largest landowner in downtown Columbia, Matthews said the CA has a responsibility to work with the primary developer, Howard Hughes Corp., to ensure the downtown’s atmosphere remains seamless and consistent.

“We worked with the same design firm they used in looking at the Lakefront area to come up with concept plans to improve our own area,” he explained.

“The facilities are better equipped and more usable,” he said, recognizing that most 18 to 34-year olds are no longer looking for circuit workouts on weight machines. “We’ve added more programming to reach broader audiences.”

Meanwhile, the CA has implemented 98 percent of its 2012 Aquatics Master Plan.

“We’re currently looking at ways to reallocate the space we have within our current pools and we’re moving programs around to become more efficient,” he said, precipitated by a growing demand for lap lanes. “The Master Plan has been a success, and we have a significant amount of pool space to deal with the growth that Columbia is expecting.”

“It was designed as a retreat when it originally opened in December 2014,” Burns said. “With downtown changes and a better understanding of what people really want, we’ve moved away from the retreat concept to focus on programming and classes, that’s really what has driven the usage.”

Two very important areas of focus for the CA are the up and coming Millennials and the here and staying Boomers.

According to Michelle Miller, CA’s director of Community Services, a Millennial Advisory Committee helps to shed light on the needs of members between 18 and 34 years of age along with ways to attract and retain them.

“We hired an Older Adult Program Coordinator and made adjustments and modifications to many of our programs and services to accommodate more seniors,” she said

Additionally, the CA has begun work on each of the 51 recommendations in its Comprehensive Plan for Serving the Older Adult Community that it finalized in 2014.

The CA’s facilities are aging, with most of its neighborhood centers approaching 35 years of age and many buildings well beyond that.

“In the last couple of years capital budgets have been around $20 million, greater than at any time in the past,” said Dennis Mattey, director of Open Space and Facilities Services. “We’re reinvesting in buildings and replacing pathways on a shorter cycle. I would say there’s no specific piece of [our infrastructure] that needs a lot of money, but all of it needs some. It’s just part of aging.”

He added that the CA is 100 percent carbon neutral in terms of electricity and has reduced its power consumption by more than 20 percent in three years through solar installations, efficiency management and a Combined Heat and Power (CHP) system at the Supreme Sports Club.

Beyond its facilities, the CA maintains master plans for its lakes, ponds, tot lots and other open space amenities, including the management of trees, turf areas and meadows.

“Our 51-acre Symphony Woods Park is prime green space that’s not going to exist elsewhere in the redevelopment and density coming to downtown,” Matthews said. “We need to make sure that remains the gem it has been.”

And in light of the all the new development proposed for downtown Columbia, “We’re always open to having discussions with potential partners about ways we can cooperate on amenities or programs,” Matthews said. “Funding is always a big challenge … but we will always be in the quality of life business.” 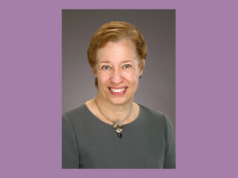