Eric Liu, co-founder and CEO of Citizen University in Seattle, will bring the concept of “civic fitness” to Leadership Howard County (LHC).

Citizen University has the mission of building a culture of powerful, responsible citizenship across the country. Do we dare to hope for that in Howard County? First, distinguish between hope and optimism, suggested Liu.

Liu will be the keynote speaker at the annual “Big Event” hosted by Leadership Howard County. The event will be held virtually at Turf Valley Sept. 11 and is entitled, “The Challenge of American Unity: How to Create an Engaged, Responsible Community.”

The event was originally scheduled for April but was moved because of COVID-19.

Liu said he has hope for Howard County, along with other counties, big cities, rural areas and all communities that are willing to work to bridge social divides.

Of course, Liu said, there are people who believe we don’t need change.

“Change seems scarier than the status quo,” he said, “and fear is a human reaction.”

And so much change is happening today, he added: “Inequality, the concentration of wealth and the speed at which the media is able to transmit information, along with the sheer volume of that information.”

But what’s love got to do with it?

“Love has everything to do with it,” said Liu, “everything to do with our work as students at the university and my view about what’s sick in the world we are crafting together. Right now, there is a culture of fear, status anxiety, mistrust of the other and a reflective demonization and stereotyping of people who don’t think like us and look like us. That’s what’s broken in our system right now. We have to rekindle a culture of trust, of bonds and affection.”

That doesn’t mean we always have to like each other, said Liu.

“Humanity is all around us,” he said. “As Lincoln put it, ‘charity toward all, malice toward none.’ That is really important right now. I know it’s really hard because there is a lot of injustice right now.”

What Liu is after is what he calls “a civic love.”

“We are all to be co-creators of a democracy. That is a matter of mutual faith in the system, in each other,” he said.

Author of “Become America,” Liu wrote the book when he saw the country coming out of the 2016 election very divided.

He began taking action immediately, starting gatherings called “Civic Saturdays” in which people rededicated themselves to the values and practices of being contributing members in civic life within the United States.

Civic Saturdays began in Seattle and are now in more than 30 cities across the country. Friends and strangers come together to nurture a spirit of shared purpose.

Liu created what he called “a civic seminary” complete with “civic sermons” that he compiled to form “Become America.”

All of the “sermons,” he said, are about timeless questions: “How do we show up for each other? How do we face history and ourselves in an honest way?”

Often, we begin showing up for each other by joining or starting a club. “We build a civic fitness,” he said. “Leadership Howard County is an embodiment of this.”

But what if we can’t? We are going to feel self-doubt, Liu said. “We have to remember both the long game ahead of us and the length of history behind us. Our country has overcome challenges and divisions. And in doing so, people have had to endure long periods of darkness. It’s okay to have doubts about our civic faith. Give yourself room to feel doubt. Ask questions. Wonder whether this thing will make it. But don’t wallow in that feeling.”

If you live in an affluent community – such as Howard County – it’s also important to get out of your bubble, added Liu. “Shall I hoard, or shall I circulate? Choose circulation. Choose not to hoard. We’re all better off.”

If we build a culture of responsibility, more people will vote, concluded Liu. “More people will feel like they have a stake in a system. We need to push down barriers against voting.” 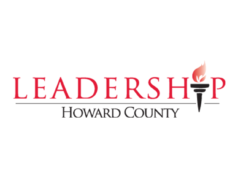 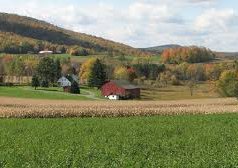