Count Patrick Finley among the health professionals who are encouraged when a celebrity makes a public admission about a personal struggle with mental illness.

Finley, professor of health and human performance at Howard Community College (HCC), said such statements by those who are admired, such as singer Miley Cyrus, Olympic swimming multi-gold medalist Michael Phelps and actress Catherine Zeta-Jones, have helped squelch the stigma for individuals who have experienced mental health issues.

“That’s been a big push the past couple of years,” he said, “and the more celebrities and athletes who come out and acknowledge it, the better.”

That’s because when addressing the problem, acknowledgement is often a long time coming, and the lack of a diagnosis and ensuing treatment means lives can twist into a downward spiral before they improve. Perhaps the saddest part of this scenario is that “the people who end up incarcerated are often really unaware of their problem,” Finley said.

But today, with May 2019 marking the 70th anniversary of Mental Health Awareness Month, that’s not the only concern under discussion. For instance, along with removing the shame is the lack of access to treatment and insurance paying for it.

Part of arranging treatment is understanding that, if a patient has a problem concerning brain chemistry, “no amount of therapy will help,” Finley said. “However, on the other hand, you also hear about the problem of overprescribing drugs, like Ritalin, to address the illness.”

He went on to say that four mental illnesses that have recently come to the fore.
“Post-Traumatic Stress Disorder is at the top of the list, because it gets more press,”

Finley said, “then depression, which is primary and secondary to other conditions, notably dementia; followed by addiction in general, notably the drug addiction/opioid epidemic and even gambling problems; and anxiety disorders, which are not as severe and are often underdiagnosed.”

Noting the word “awareness” in the name of Mental Health Awareness Month is key to removing the stigma, said Kate Farinholt, executive director with the National Alliance on Mental Illness (NAMI) Maryland, in Columbia.

“The fact is that one in five families in Maryland have a member who suffers from a mental illness,” said Farinholt, pointing out how important awareness is.

“If individuals dealing with mental illness don’t talk about it like they do any other illness, they continue to feel stigmatized,” Farinholt said. “Victims need to feel supported, and society needs to understand that addictive treatment and support services for these people needs to be available and funded – that includes the services being paid by insurance as other illnesses are, as well as ensuring that mental health professionals are adequately reimbursed.”

She would also like to see employers get more involved.

“Worker productivity would increase if this topic were permissible to discuss,” Farinholt said, adding that NAMI Maryland is hoping to start a campaign to create a stigma-free workplace “within the next year.”

Denise Giuliano would like to see that happen, too. The executive director of NAMI Howard County said it’s important for the public to “see the illness, not the disease,” and to beware of stereotypes, “because if you label [the individual], it’s harder to see the person. The illness is one aspect of their life, but it should not define them.”

Also, the media needs to be aware of not reinforcing the stigma by using terms like ‘looney,’ ‘nuts’ and ‘crazy,’ ” Giuliano said. “People don’t make fun of others who have cancer or other conditions.”

Today, however, Guiliano and others are pleased that efforts to treat mental illness are ramping up with Howard County General Hospital adding more psychiatry beds to its emergency department and soon moving its behavioral health services to new quarters; and the rise, in Elkridge, of the 90-bed Sheppard Pratt facility.

Those two projects are in addition to Anne Arundel Medical Center building the J. Kent McNew Family Medical Center on Riva Road in Annapolis, which will open with 16 beds in mid-2020 and Baltimore Washington Medical Center recently unveiling its expanded-to-24-bed psychiatric inpatient unit.

Those additions “aren’t all we need but they represent solid progress.” Guiliano said.
Dr. Ben Borja, medical director of crisis services and director of education, for Sheppard Pratt Health System, also pointed to “an acute shortage of psychiatric practitioners.

“About 111 million people in the U.S. live in mental health professional shortage areas, and the number of psychiatrists in more than half of U.S. counties is zero,” said Borja.

Fortunately, the number of psychiatry residency training positions is increasing. “This year there were 1,740 positions, which is 184 more than in 2018. Additionally, loan repayment/amortization incentives are being offered to have psychiatrists practice in rural areas.”

Borja sees other bright spots. “Access to care is improving as the need for treatment has never been greater. One solution to reaching areas with psychiatrist shortages is through tele psychiatry, because it provides patients with the therapy and medication management they need, in real time, without geographic barriers. It also helps to reduce gaps in care, especially in rural communities, long-term care facilities, emergency departments and departments of corrections, among other sectors.”

So, all told, there are rays of light within the darkness of mental illness and barriers to its treatment.

“There are still many people who deny having a problem or are not told what symptoms to look for. The individuals who are diagnosed and treated early have a much better chance of getting better,” said Farinholt. “We’ve already come a long way. Things are so much better than they were 10 years ago.” 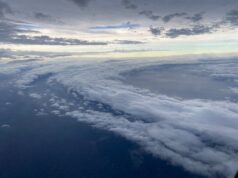 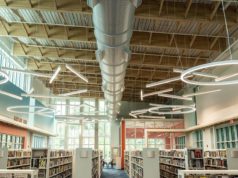 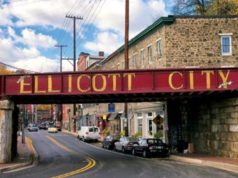