Congressman C.A. Dutch Ruppersberger (D-Md.) recently met with senior leaders of the National Security Agency (NSA) to discuss recent malicious cyberattacks throughout the country, including the city of Baltimore. Ruppersberger requested the briefing following media reports in the New York Times, among other outlets, that the ransomware attack currently affecting Baltimore City was advanced by a tool called EternalBlue, which was reportedly part of a cache stolen from the NSA in 2017 by a group known as The Shadow Brokers.

He issued the following statement:

“I have been told that there is no evidence at this time that EternalBlue played a role in the ransomware attack currently affecting Baltimore City. I’m told it was not used to gain access, nor to propagate, further activity within the network. It is important that discussions regarding the use of government cybertools, and subsequent leaks, be rooted in facts as they become available.

“Now, our focus now should be on Baltimore’s recovery. It is my understanding that the FBI is leading an ongoing investigation and I look forward to hearing deeper analysis from them when they conclude. It’s easy to suggest that leaked cybertools are worthless with proper patches and good cyberhygiene. But the reality is that patching can be hard and requires resources that many municipalities don’t have. I believe the federal government needs to do more to help municipalities better protect their networks.

“Our country needs cyber tools to counter our enemies, including terrorists, but we also have to protect these tools from leaks. We can’t ignore the damage that past breaches have done to American companies and, possibly, American cities. As I said in my 2018 cyber report, there are other tools stolen in the 2017 attack that remain unused – so the threat still looms. We must do more to protect against malicious cyber actors who put our networks at risk with illegal tools.”

Ruppersberger is a former ranking member of the House Intelligence Committee and an Appropriator who serves on the Defense and Homeland Security Appropriations subcommittees. Last year, he authored a report with seven recommendations to address long-standing challenges hampering the U.S. Department of Homeland Security’s cybersecurity efforts. Protecting against the threats posed by the leak of exploitable cyber vulnerabilities was second on his list. 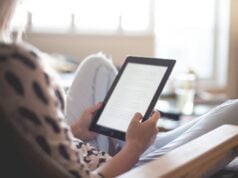 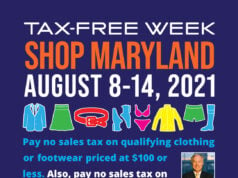