Cordo, who holds the certifications of Certified Meeting Professional and Certified Tourism Ambassador, brings to the area nearly a decade of experience in the destination marketing industry. After an early gig at a film and video production company in Columbus, he began his tourism career in Ohio at Experience Columbus, serving as visitor services manager, and later, senior visitor services manager.

Then came his gig at Explore Victoria, where he and his staff marketed and sold a destination that focused on barbecue, the outdoors and history. Key initiatives there included promoting the Coastal Texas Barbecue Trail and Bootfest, an annual country and Tejano event that draws more than 30,000 attendees.

Cordo’s background gives him experience in operations, marketing and sales at large and small destinations, and he said his approach to destination management at his new job will be to focus on the genuine products here in Howard County. That should gradually get a little easier in the coming months, as Downtown Ellicott City recovers from the Main Street flood of Saturday, July 30.

What’s the latest on the recovery from the flood?

The Ellicott City Partnership has already raised hundreds of thousands of dollars for restoration of the Historic District. The response also has been very fast on the Howard County and state of Maryland side; the county is moving forward on repairs and businesses, and residents have been working on their spaces as well.

We can’t get past the fact that two people died and many others lost their livelihoods, but the community is trying to make lemonade as best we can. In a few years, hopefully this will be a distant memory and people will be talking about how well Ellicott City has rebounded.

What do you say to the folks who have questioned rebuilding?

The people who have been saying not to rebuild are in the minority. The area will be rebuilt, and the county is now making updates that it was going to make anyway during the coming years.

Main Street has survived numerous floods and the county is putting in motion plans to make the area more flood resistant. We’ll end up with a new iteration of the amazing Historic District.

When do you and your staff hope to be back and operating from your offices at the Main Street Visitor’s Center?

We don’t know yet. Since the flood, we’ve been moving among various offices, including Columbia Association and Howard Hughes Corp. office space. The county administration has been amazing when it comes to helping us get on our feet, and we hope to be back in a few months at the latest.

You’ve worked in Ohio, Texas and now Howard County; what are the differences/similarities in how you would market these locales?

That always depends on the types of products they offer. Here, we’re close to Washington, D.C., as well as BWI Thurgood Marshall Airport, and we have a very diverse county. Some of the examples of strengths in Howard County include agri-tourism, wineries and breweries, farms experiences, Merriweather Post Pavilion, Ellicott City’s arts district; and, in the future we’ll begin to research and promote new attractions like more conference spaces and more sports facilities.

What’s your role in advocating for needed tourism infrastructure, such as the aforementioned conference hotel and a destination arts center, as well as public transportation?

This first step is to always assess what you have. The era of “building it and someone will come” is over, so you have to be more analytical to determine where your gaps are, then fill them. We already have much of what I mentioned, but if we want to fill more hotel rooms, we need to be planning to have more and more reasons for people to come here.

We want people to fill hotels and for the RevPAR (revenue per available room) to rise. We need to create reasons for people to visit, so we need more events and attractions in the county that other nearby areas don’t have that we can feature. When you start talking about developing new attractions, know that’s more than a 10-year plan, and maybe longer.

The Symphony Woods Inner Arbor Plan will be a good example of something that this area will eventually offer that people won’t find elsewhere.

What are you and your office’s immediate goals? What will you be focusing on accomplishing within the next year or two, given the flood recovery?

We serve the whole county. First, we want to take advantage of what we already have such as Merriweather, Columbia’s ongoing downtown development, the agricultural opportunities, sports tournaments and some of the meeting spaces we already have in our full-service hotels, like Turf Valley Resort and the Sheraton, and numerous other hotels that are great for smaller meetings. We’ll also be promoting Old Ellicott City once it gets back on its feet.

Is a staff realignment in the works?

That’s done. We had a great organization that had been built up very well, and we have realigned it. We now have a sales director and have full-time staffing in our welcome center. Including the part-timers, we used to have about 15 employees; that number’s now standing at about eight full-timers, which I feel makes us more efficient.

Are any new programs/changes planned under your leadership?

We’re working on getting out an overall branding message, as well as focusing on the certain segments or sectors, as well as doubling down on our sales so we can get more groups into town. We’re shooting for a first-year goal of 6,000 room nights booked in the county, and we’ll be growing that significantly.

What’s the hotel tax rate and how is it working?

We have a competitive rate here of 7%. Setting the rate can be tricky, because you don’t want to make the rate too high and lose business over it. The best I can tell you is that we currently have no designs on changing the rate.

We invest the money in our marketing efforts. Our shift is heavy into digital advertising, which we feel allows for easy measurement of our success. However, that’s not to say we’re getting entirely away from print and broadcast.

Welcome center hours when it reopens, for one, will be the same. I didn’t come in with the idea of changing everything.

Whether imposed upon you by your board or developed from your experience, what do you see as achievable goals?

It comes down to doing good research and being realistic. We already affect the amount of people visiting now, but we also need to focus on the long-term. The trick is to leverage all of that. After that, the sky’s the limit.

What metrics are you going to use to measure success?

We have a range of them. When we start talking about thousands of rooms nightly, that’s a long-term goal of developing more attractions in town. Short term, we’re looking at more events, like music festivals and other existing traction here in town.

Are there enough hotel rooms in the county?

We have a very strong hotel package here in Howard County; our hotels are clean and well-run. At this time, we don’t need any more limited-service hotels; they’re great for transient clients, but I see a long-term need for larger hotels with sufficient meeting space to handle association meetings. As great examples, we have Turf Valley Resort and the Sheraton Columbia Town Center, which are attractions in their own right because of their meeting spaces.

The focus is on increasing RevPAR, which would equate to more jobs, income, etc. For that to go up, we need to emphasize reasons for people to travel here, and when you’re talking about hotels, that means hotels that can host conferences.

What do you see as the high point of your career?

I like to look at it like the high point of my career is always in front of me. I am particularly proud of the Great Coastal Texas Barbecue Trail; the trail featured some of the country’s best barbecue joints down in Texas. I led the team setting this up, and it paid off when we started to see people visiting the community from all across the country. 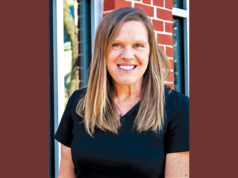 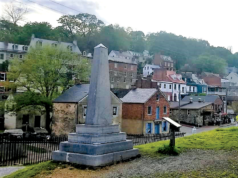 Five trips that keep you close to home 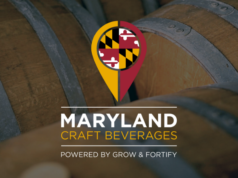