Howard County Executive Calvin Ball named Lisa Myers, a retired Howard County Police Department Captain, as the department’s new chief, effective Feb. 1. She will become both the first woman and the first African American to serve in that capacity.

“The success of our Police Department is exactly why I wanted a chief who had worked her way up and served in almost every area of the department and knows every neighborhood and community in our county,” Ball said. “Under Chief Myers I expect our police department to not only follow best practices, but to create best practices to ensure that we are that model for the rest of the nation.”

Myers, a 27-year veteran of the Howard County Police Department, began her career as a civilian Crime Laboratory Technician in 1990 and has also served as Chief of Staff, Patrol Division Watch Commander, Supervisor of Youth Services and Public Information Officer.

“I had the opportunity to work with Lisa Myers in several assignments throughout her career and believe she is a great choice to lead the police department,” said current Police Chief Gary Gardner. “As I retire, I am glad to leave the agency in capable hands and know she will continue to build upon the police department’s history of excellence.”

In accepting the position, Myers expressed gratitude to Herman Charity, the first African American officer hired by the department in 1968, and to Leila Makowski, the first female officer hired in 1969.

“They blazed the trails that make it possible for me to stand here today,” Myers said. “I am eager to lead the charge as we continue to build on [the department’s] foundation of excellence.” 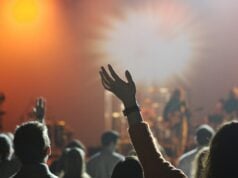