Those predictions may be coming true.

Since the moratorium took effect in July 2019, Howard County has seen a significant decrease in the number of pre-submission meetings that are designed to inform communities of planned residential and commercial development activity.

According to Amy Gowan, director of Howard County’s Department of Planning and Zoning, there were only 11 meetings for a total of 53 units between July 1, 2019 and June 30, 2020.

“This lower trend is continuing, with only one meeting for five units during the most recent three months, between July 1 and Sept. 30,” she said.

Sigaty’s prediction, as reported in the April 2018 issue of The Business Monthly, was “Ultimately I see it shutting down development for a significant period of time, which I consider to be detrimental to the fiscal health of the county.”

The moratorium originated in legislation passed by the previous council in 2018 that lowered the school capacity threshold for development approval to 105 percent in elementary school attendance areas, 110 percent for middle schools, and 115 percent for high schools.

The ordinance makes an exception for developments with an affordable housing unit allocation of at least 40 percent.

Current County Executive Calvin Ball was among the three county council members who voted in favor of the bill.

“It’s difficult to say [what the driver is] given how recent it is,” said Gowan. “We also saw declines in this indicator between 2009 and 2011, so it could be a number of factors related to the overall economy.”

An argument could be made that factors tied to COVID-19 are contributing to the lull, but the decline started well before the virus was first detected.

Lori Graf, CEO of the Maryland Builders Industry Association in Fulton, said she doubts the cause is economic.

“Statewide, the housing industry is strong and going up,” she said, arguing that other county-specific factors are at play as well, including a school facility surcharge that recently increased from $1.32 to $7.50 per square foot.

“That can’t be passed on to the buyer and is coming out of land deals, and it’s causing some sellers to walk away from deals,” she said. “The Forest Conservation Act that the council passed last year has also changed the threshold for new development.”

Builders are currently experiencing a three-year approval process, she added, meaning the added school moratorium is pushing some projects out approximately eight years.

The county’s Spending Affordability Advisory Committee (SAAC) report for fiscal 2020 anticipated that the APFO amendment could delay planned new development by 75 percent in the moratorium period (2022 to 2025) and beyond, resulting in foregone revenues of $138 million in the next six years. That figure includes $82 million in operating budget funding and $56 million in Capital Investment Plan funding.

An independent analysis of the APFO amendments conducted in 2019 by Urban Analytics, a fiscal and economic consulting firm, projected foregone revenues of $135.5 million in the first six years and $1.02 billion over a 20-year period.

Gowan noted that the current decline is generally in line with the Urban Analytics study’s findings.

“However, if this lower trend of new subdivision plan [submissions] continues, then the future development estimates will be lower than what the Urban Analytics study had predicted,” she said.

“Building permit revenues, school surcharge collections and road excise tax dropped significantly in fiscal 2020 from the prior year but transfer and recordation taxes actually increased,” she said, agreeing that it’s hard to separate the impact from APFO from the combined impacts of the pandemic and recession.

“It’s still a bit too early to make projections for things like the impact on school expansion and road improvement projects,” Sun said.

“It does underscore the need to update our General Plan [whose] housing allocations are based on projects from almost 10 years ago,” Gowan said, acknowledging that this work has already begun as part of HoCo By Design. “The next School Capacity Chart is also expected to be voted on by the County Council in July 2021 [and] may open up some areas depending on how planned capital projects proceed, such as the new high school.”

While changes to the plan are a possibility, “I don’t know if this particular council has huge appetite for that,” Graf said. “What’s certain right now is that the resale market is practically nonexistent, there’s no housing inventory, and things that are on the market are getting more expensive as a result.” 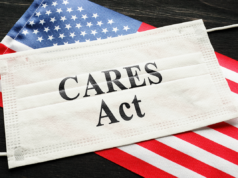 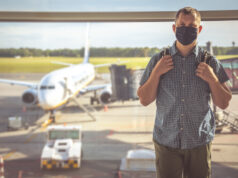