Home Archived Articles High Cash Balances Mean Your Money Is Not Out There Working for...

High cash balances are one reason why so many Americans feel left behind while the stock market roars ahead. They also represent a threat to the long-term security of many investors.

A recent study by the investment management corporation BlackRock estimated that Americans, on average, held 63% of their savings and investments in checking accounts, savings accounts, certificates of deposit and money market funds. Affluent Americans (those with more than $250,000 of investible assets) held slightly less (42%), but still a very high amount.

Another study by Bankrate.com showed that 25% of Americans keep all of their long-term savings in cash.

Cash balances may be lower for those who take advantage of their employer-sponsored retirement plan, but only 59% of Americans participate in such plans.

It’s advisable to have an appropriate amount of cash in safe, easily accessible savings accounts for short-term saving and potential emergencies. Cash balances in excess of one’s short-term needs, however, are best invested for the long term in securities that would be expected to earn substantially more over time, even though these securities might be more unpredictable in the short term. But even for those individuals who do invest, there is still a propensity to hold a pile of cash.

The average American believes he should allocate 29% of his investments to cash, while affluent investors say that they allocate 26%. Somehow, investors need to develop a plan for their investments to make their money work effectively for them.

Given the low interest rates on cash and cash equivalents, increasingly long life expectancies and the difficulty experienced by even affluent Americans in saving enough for their long-term needs, holding high cash balances will make it nearly impossible for many Americans to ever have enough for retirement. Even diligent savers need diversified portfolios with a significant percentage in stocks in order to meet their retirement needs.

The reality is that investors are forced into this risky place called the stock market because it is the only alternative that provides a chance of growing their investments enough to retire.

Of course, there are reasons why Americans keep so much in cash. First, high cash balances make them feel safe. Clearly, our recent economic history has made many concerned about the strength of our economy and our financial markets, even though the stock market has continued to advance despite investors’ concerns, and is leaving behind hoarders of cash.

Second, people say they want to be conservative with their money; however, being conservative is different than being afraid to participate at all.

Finally, Americans say they want to keep their options open, but this reasoning eventually leads to no resolution at all, leaving their investments to fall behind.

Granted, investments involve risk, and it is easy to make costly mistakes; however, doing nothing is merely a more certain path to failure. Even with risk, it is possible to invest effectively, given the right strategies. The BlackRock study identified some habits of “highly effective investors,” which included the following.

Consider utilizing these highly effective strategies to accomplish your financial goals. Don’t be left with that too-small pile of cash.

Rob Williams, CFP, MSF, is chief investment officer at Baltimore-Washington Financial Advisors Inc., in Columbia. He can be reached at rwilliams@bwfa.com. 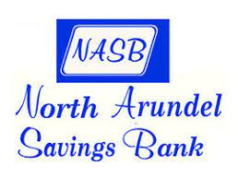 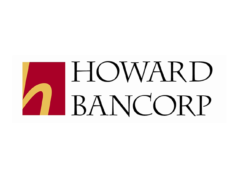 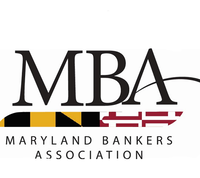