It’s been a tumultuous year for the brewing industry. Threats of aluminum tariffs became reality, putting a crimp in business for brewers who can their products.

Fallout from a current government shutdown with no foreseeable resolution is forcing changes in production and marketing plans. And although there were some legislative concessions last year that eased some of the strictest regulations at the state level, Maryland’s brewers still feel they’re being hindered from realizing their full commercial potential.

Despite all the negatives, Maryland’s brewing industry continues to experience exponential growth. The number of breweries in Maryland rose from 84 at the end of 2017 to a current total of 102.

Howard County tallied its seventh brewery with the opening of Columbia’s Sapwood Cellars in October, while PUSH Brewing Co. expanded and changed its name to Reckless Ale Works.

“There were four openings statewide in December alone, and we have about 15 in the pipeline for 2019,” said Brewers Association of Maryland (BAM) Executive Director Kevin Atticks.

Also ahead for 2019 is a promise by Maryland Comptroller Peter Franchot to revisit efforts to reform state laws, allowing the expansion of serving hours and over-the-counter volume sales in breweries’ taprooms.

According to Atticks, the growth isn’t likely to threaten competition anytime soon. “If you look where breweries are going, they’re not just clustered in pockets, it’s a statewide phenomenon,” he said.

Even in Howard County, proliferation hasn’t reached the saturation point, thanks in part to the drive brewers have to develop a strong identity.

Sapwood Cellars, in the Oakland Center off Route 108, for example, specializes in barrel aged mixed-fermented beers.

“What they’re doing is a great example of where the industry is headed, toward smaller local producers who are producing high quality beer you won’t find anywhere else,” Atticks said. “They’re scrappy, able to start on a shoestring, and able to become successful because of their strategy and tenacity.”

“FoodWorks has exceeded our expectations in just about every metric,” said Jailbreak co-founder Kasey Turner, adding that it supports the brewery’s philosophy of moderation and beer that is meant to be paired with food. “Responsible consumption is something we believe in wholeheartedly and we’re always looking for new and better ways to promote and enforce this belief.”

Pending permits and build out, Annapolis-based Seawolf Brewery is planning to open a dedicated 60 barrel production brewery and taproom in Howard County between October and December this year. Beer production is currently contracted out to Baltimore’s Peabody Heights Brewery, and product is distributed through local beer, wine and spirits retail stores.

According to Managing Partner Alan Beal, the cost of tanks and other equipment needed to outfit the brewery haven’t been affected by steel tariffs, but aluminum tariffs have had a different effect on the industry.

“A lot of large producers bought up cans in bulk before the tariffs hit,” he said. “Being a smaller volume brewer, it was hard for us to find cans to release our last beer.”

Seawolf and other breweries are also experiencing an unexpected hardship stemming from the federal government shutdown: with the Alcohol and Tobacco Tax and Trade Bureau closed, new labels can’t be approved for new products that are ready to be released.

“Without a label we can’t can it,” Beal said. “We’ll have to keg it and release it to bars and restaurants instead and hope it can all be sold and consumed before it expires. We have the potential to lose product.”

Depending on the beer style, the shelf life of kegged beer lasts from 60 days to three months, he said.

Last year’s full-court press to expand taproom hours and on-site sales volume restrictions managed to chip away at some of the most onerous laws on the books, and Maryland Comptroller Peter Franchot is vowing to continue the campaign this year.

“We’re adopting an even more comprehensive approach to legislation in 2019,” said Franchot’s Chief of Staff Len Foxwell. “We’re revising the Reform on Tap legislation, and there will be a couple of elements that the Brewers Association of Maryland will take the lead on.”

The Comptroller is also advancing the Drink Local Act of 2019, modeled on state legislation in New York that provides discounts on retail sales licenses for bars, restaurants and brewery taprooms that only sell beer, wine and spirits produced in the state.

“It’s a message that we want to incentivize and promote products that are grown and produced in Maryland,” Foxwell said. “We also want to sustain the energy and sense of the possible that is occurring in this industry in spite of illogical trade wars and state regulations. We’ve already had some very productive discussions with state lawmakers, and we fell that this is they year we’ll be able to get meaningful reform enacted.” 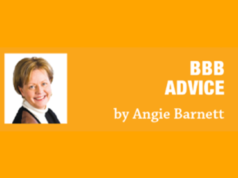